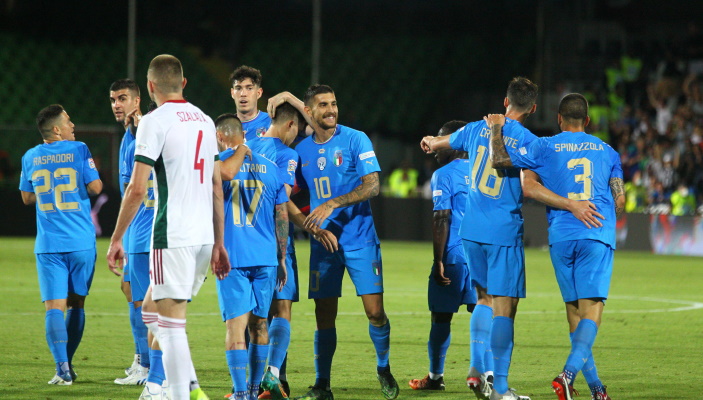 The Nations League group phase draws to a close and most Hungary vs. Italy predictions will have this one as a tough one to call. Neither nation will be in Qatar at the end of the year, so this game will take on even greater importance.

When Hungary were drawn in this group even the most confident of fans could not have predicted the Magyars going into the final window of games ahead of Germany, England and Italy. Now they have a great chance of making the Nations League finals.

With so much to play for, it would not be a surprise if we see a cagey affair –at least in the first half. The home side will want to take the game to Italy though, so an opening goal for Hungary would not be a complete surprise.

Hungary were able to put four past a stunned England at Wembley in the summer but it seems unlikely that there will be a repeat of that kind of drama in Budapest on Monday.

Italy will be hoping to round off the campaign in the best way possible after failing to qualify for the World Cup. Roberto Mancini angered some with his squad selection for this series of games but will be confident that his side can come away with at least a draw.

After starting this Nations League relatively well, the 5-2 defeat at the hands of Germany in Mönchengladbach should have acted as a wake up call to Mancini and his players. Italy did beat Hungary in June – 2-1 with goals from Nicolo Barella and Lorenzo Pellegrini before a Gianluca Mancini own goal – but this will be a tough task for the Azzurri.

This could end up being something of a war of attrition with few goal scoring opportunities for either side. An evenly balanced game might well be the outcome.

How to stream Hungary vs. Italy

Hungary vs. Italy can be live streamed by bet365 customer account holders on Monday. They just need to have funds in their account to access the live Nations League action – or have placed a bet in the 24 hours before kick off.

Head coach Marco Rossi will hope that he will be able to call on captain Ádám Szalai for what could be his final appearance for Hungary. Already without Roland Sallai up front, the Magyars could do with an experienced finisher against Italy.

Roberto Mancini has been criticised for his squad selection for these final Nations League games – especially the omission of Nicolò Zaniolo and the inclusion of Manolo Gabbiadini. Immobile may be given another chance to boost his goal tally here and promising youngster Wilfried Gnonto may see some game time too.