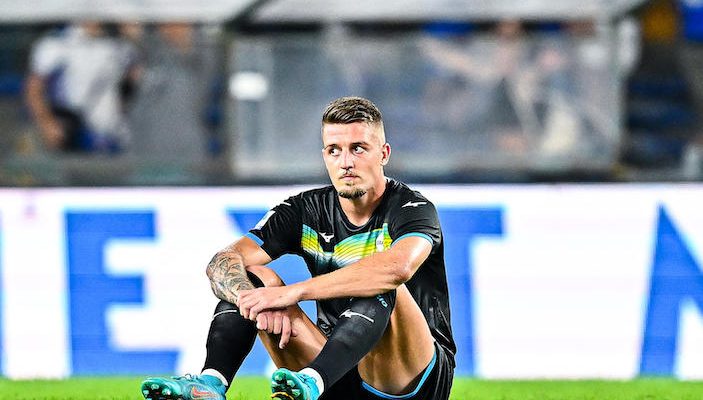 La Gazzetta Dello Sport explains how Juventus can afford Lazio and Serbia star Sergej Milinkovic-Savic who failed to impress in his debut at Qatar 2022 against Brazil.

The Serbia international’s contract expires in June 2024 and the latest reports in Italy suggest he is in no rush to pen a new deal at the Stadio Olimpico. His agent Mateja Kezman revealed in August that talks with Lazio would only begin after the World Cup.

Lazio’s asking price for Milinkovic-Savic exceeds €100m, but it is unlikely that Claudio Lotito will demand as much in the summer if SMS fails to sign a contract extension.

Juventus may not have the financial resources to get the player in January, but they could afford to pay €40-60m at the end of the season, hoping that foreign clubs, especially from the Premier League, don’t join the race for the 27-year-old.

The Bianconeri would also need to sell some of their players to buy the Serbian star in the summer.

Adrien Rabiot may not extend his €7m-a-year contract with the Serie A giants, Leandro Paredes could return to PSG after a one-year loan in Turin, while Weston McKennie has suitors in the Premier League and has attracted the interest of Borussia Dortmund, so the money saved by Juventus would be invested in the signature of SMS, their top transfer target in midfield for next season.