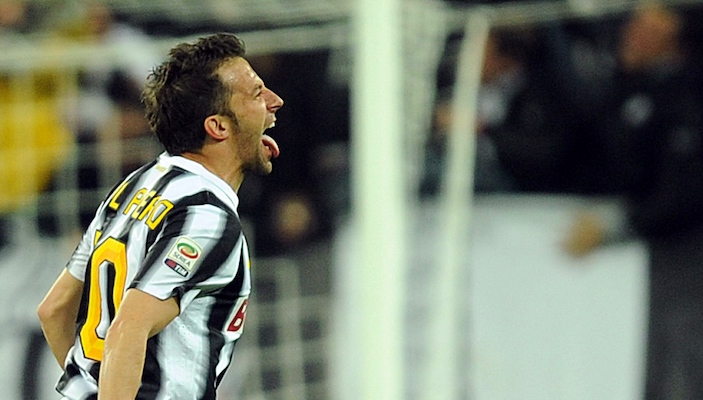 Former Juventus goalkeeper Michelangelo Rampulla believes Alessandro Del Piero has the right skills to become the club’s vice president: ‘He can give tranquillity and self-esteem.’

Rampulla, Juventus’ historic second-choice goalkeeper in Turin spent several years at the club with Del Piero in the ’90s. He knows the Bianconeri legend on and off the pitch and believes the Bianconeri should bring him back to the club.

“He is a humble person and has never changed. He is simple and not arrogant at all. He’s always been a nice person and a great champion who made us win many trophies,” Rampulla told Gazzetta.

“He has the moral and intellectual skills to return. He was the leader and captain of Juventus. He has the charisma and personality to be given a high-level operative role and fans would be happy to have him back.

“He can give tranquillity and self-esteem to a team that has been shaken by an earthquake,” continued the ex-goalkeeper.

Andrea Agnelli and the entire board of directors suddenly resigned on Monday night, and Exor, the holding company with a majority stake in the club, will appoint new board members by January 18, 2023.

According to Gazzetta, John Elkann will soon call Del Piero to offer him a role at the club, potentially replacing Pavel Nedved, who also resigned.

“I imagine Del Piero with the usual tranquillity. He will surely find respect and credibility regardless of the role he will be assigned.

“Any new role requires a training path, but Del Piero learns quickly and will benefit from his experience. I’d tell him to create a solid group because that’s the starting point to go far.”

Del Piero has refused to comment on rumours linking him with a return to the Allianz Stadium this week, stressing that fans must support the club even more now.

2 Comments on “‘How Del Piero could help Juventus after earthquake’”