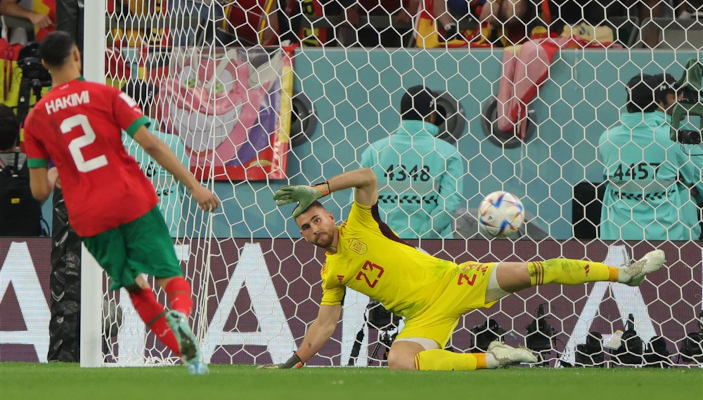 According to Il Corriere Dello Sport, Achraf Hakimi has told his former Inter teammate Lautaro Martinez that he wants to return to the Stadio Meazza, but a deal with PSG appears unlikely.

The Morocco international has been shining in Qatar and sent a message to Inter fans on Tuesday night after beating Spain on penalties, shouting: ‘Forza Inter sempre’ during a live video on Instagram.

According to Il Corriere Dello Sport, Hakimi was so happy at Inter that he’d like to return to the Stadio Meazza.

The Rome-based paper claims he once told his former teammate Lautaro Martinez: “If I could, I’d have no doubts, I’d return to Inter,” when the Argentinean striker was invited to Paris to watch a PSG game in the Champions League.

A deal with PSG appears unlikely, given that Hakimi joined PSG in 2021 for €68m. The only way to finance his return would be to sell Denzel Dumfries, who is also impressing at the World Cup.

Inter value the Dutch right-back at €60m, and several Premier League clubs are interested in signing him.

Hakimi’s contract in Paris expires in June 2026, and according to the report, his desire for a second spell at Inter intensified after seeing Romeu Lukaku return from Chelsea.

He is said to be happy at PSG, where he has become a close friend of Kylian Mbappé, but he thinks there’s more harmony in the Inter dressing room, which is one of the reasons why he’d be happy to return.