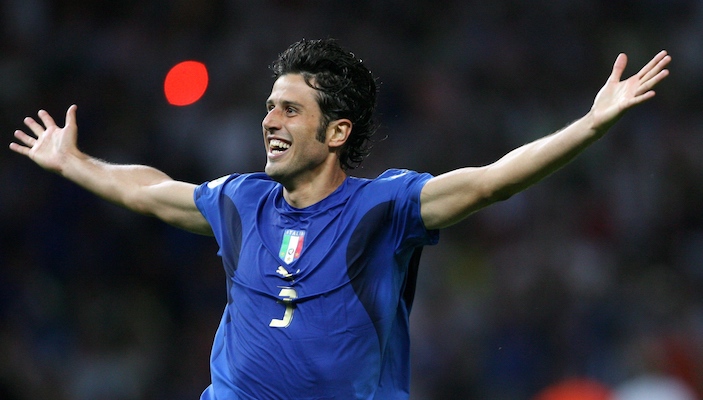 Today is the 45th birthday of former Palermo full back Fabio Grosso, who become an unlikely hero in Italy for his work at the 2006 World Cup.

The Italian left back was a fairly understated inclusion to Marcello Lippi’s squad for the World Cup in Germany, being one of four Palermo players to make the cut after a positive 2005-06 Serie A season.

Grosso had made 17 caps heading into the tournament and was not expected to play a major role at the World Cup, being a reliable but relatively unexciting full back. Just five years before his explosion onto the world stage, the Italian left back had been playing with Chieti in Serie C.

At the tournament in Germany, Grosso became Italy’s unlikely hero. Playing all but one group game in the World Cup, he famously scored the winning goal for the Azzurri in the dying minutes of their blockbuster semi-final clash with the hosts, celebrating with a now iconic run and shake of the head.

Grosso may have thought that he’d already played his part for Italy heading into the World Cup final against France, but he was again the hero after confidently slotting away the final penalty of the shoot-out, confirming the Azzurri’s victory in Berlin.