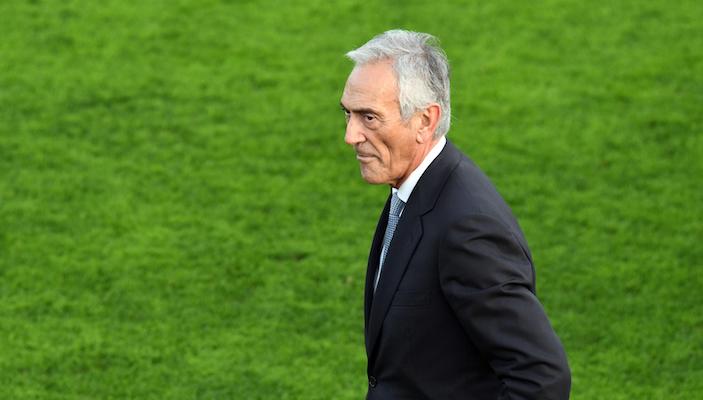 FIGC President Gabriele Gravina is confident Italy will get the hosting rights to the 2032 European Championship, especially if Turkey are the main rivals. ‘It’s between those who have stadiums and just drawings of projects.’

The last time Italy hosted a major tournament was the 1990 World Cup, which is also when many of the stadiums underwent their most recent full refurbishment.

The Stadio Olimpico in Rome did host the opening ceremony for EURO 2020 last summer, along with several games in the competition itself.

“The year 2032 is important for the world of football and for our country,” said Federation chief Gravina at an event.

When it was pointed out that Turkey are also challenging for the hosting rights, Gravina remained confident.

“We must be credible with our candidacy, we cannot sell dreams here.”

Many Italian clubs, including Inter, Milan, Roma, Lazio and Fiorentina, have been trying for years to get new stadiums built or to renovate the existing structures, only to run into red tape.

It is hoped that a strict deadline to host a tournament and the extra funds from that investment can break the deadlock to get these projects going.

He also used the recent controversy around the World Cup in Qatar to point towards Italy as an ideal host nation compared to Turkey.

“We will ask UEFA to show political sensitivity in understanding that Italy want to launch a new idea of European football. At the same time, if Italy want to compete on an even keel with Turkey, we also need to present projects of stadiums suited to 2032 and recognise those are not ready yet.

“What we must show as a country is that we believe in welcoming everyone, because football is not just business, it also has a cultural, social and ethical dimension.”