Goals, VAR, controversy: Atalanta-Inter showed what Serie A is all about 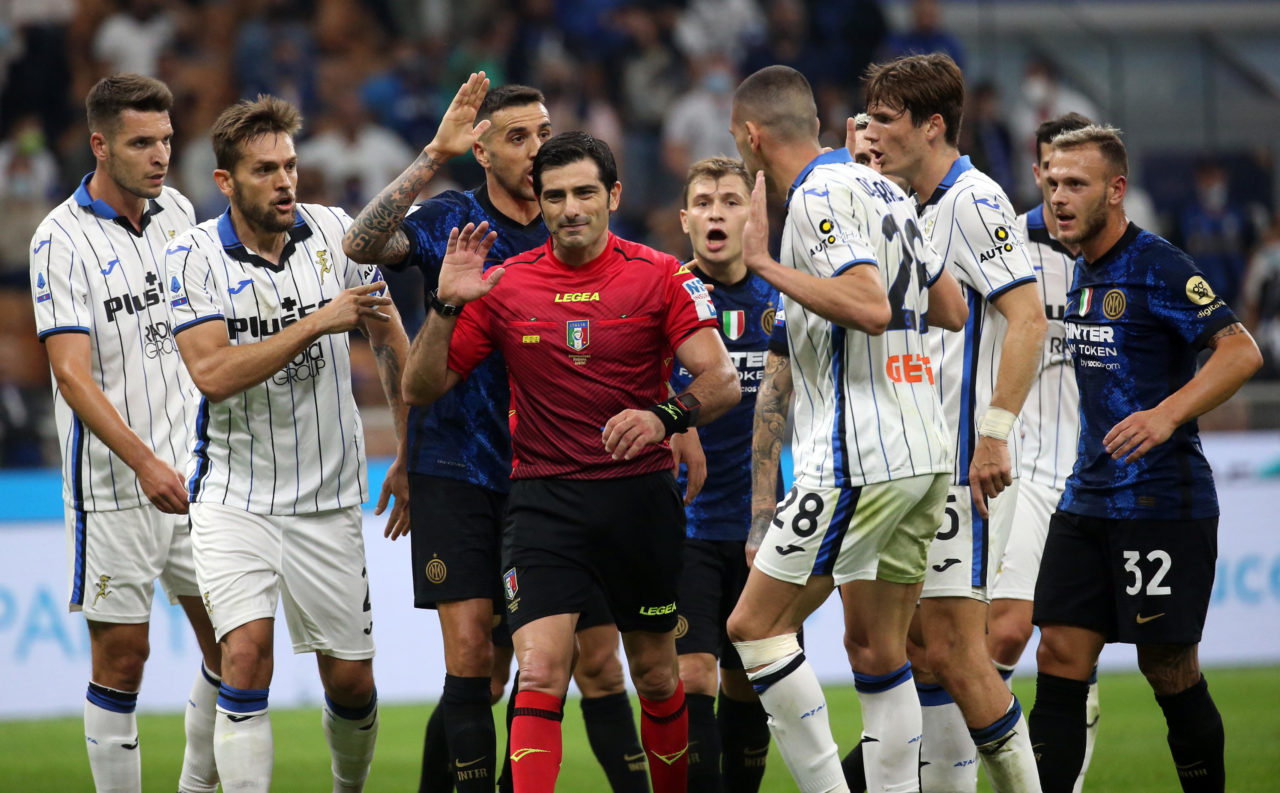 Inter and Atalanta played one of the most entertaining games of the season so far and Lorenzo Bettoni writes from the Stadio Meazza about how they mirrored the evolution of Serie A.

There couldn’t be a better advertisement for Serie A than Atalanta vs. Inter. Four goals, two apiece, high intensity, technical quality and that little bit of controversy typical of Italian football. It was an excellent game played by both sides at the Stadio Giuseppe Meazza even if the feeling is that La Dea deserved a little bit more.

Gian Piero Gasperini insists Atalanta are not on the same level as Inter, Milan and Napoli and that they shouldn’t even think about winning the Scudetto. However, what they are producing on the pitch suggests otherwise.

Although they conceded an early Lautaro Martinez goal, Atalanta always stayed in the game.

The Nerazzurri from Milan missed a couple of chances to double their lead and La Dea took the opportunity to recover, scoring twice in the space of eight minutes. It was first Ruslan Malinovskyi who found the net with a stunning left-foot finish from the edge of the box. There was little Samir Handanovic could do about it.

Serie A | Inter 2-2 Atalanta: Drama at both ends in thriller

However, just a few minutes later, the veteran goalkeeper failed to palm a shot wide, and Rafael Toloi was the fastest one to pounce on the rebound, putting the ball inside an empty net.

Many Inter fans must have wondered what might have been had the Nerazzurri signed Juan Musso who was a target of the Biscione but joined Atalanta in a €20m deal in the summer.

It was 2-1 at half time, but the best was yet to come. Atalanta had two big chances to make it three and potentially kill the game, but it wasn’t the evening for a quiet match. Edin Dzeko levelled the scoring in the 71st minute and, during the last ten minutes of action, everything happened.

Referee Fabio Maresca needed VAR to spot a Merih Demiral handball on a header from Dzeko. Surprisingly, it wasn’t the former Roma striker to take the spot-kick, but Federico Dimarco instead, with the product of Inter’s academy fluffing the penalty and hitting the crossbar.

Inter felt they had blown their chance of winning the game, but would never have imagined they might lose it.

Greetings from Milan 👋#InterAtalanta the game of the season so far? 😍⚫🔵

The Stadio Giuseppe Meazza was left speechless when Roberto Piccoli found the net in the 88th minute. Once again, it was the VAR who managed to spot what the referee hadn’t seen on the pitch. The ball was found to have been out of play earlier in the build up to the disallowed goal when Handanovic tried to avoid a corner kick for La Dea.

Gasperini and Inzaghi’s sides had produced 30 goals in the previous seven meetings before this evening’s match so one might expect a spectacular game whenever these two coaches meet.

However, Inter-Atalanta was much more than just an entertaining game. It was a match that had everything in it. The goals, the drama, the mistakes and above all, it confirmed a sensation we’ve had for some time: Serie A is evolving and performances like this are becoming commonplace. Roberto Mancini and Italy have proved that there is a new style dominating the country.

What happens in the league doesn’t necessarily reflect the performances and results of the national team, but in this case, it’s different. Serie A is evolving, just like the national team. It’s not the richest league in Europe. Many top players have left and others will follow in the future.

But it is among the most entertaining leagues in Europe, if not the most exciting one.

You won’t find many clubs that sit deep and just wait for the right chance to hit on the counter. Inter and Atalanta reflect what this league has become. Over the summer, they lost important players in Romelu Lukaku, Achraf Hakimi and Cristian Romero.

However, they managed to limit the damage by making smart signings. Inter brought in Edin Dzeko, Joaquin Correa and Denzel Dumfries. Atalanta signed Merih Demiral from Juventus on an initial loan deal with an obligation to buy. Perhaps, they are not as strong as last season. But they definitely haven’t lost their ambition nor their targets for this season, which are just the same as those of the previous campaign.

They may be poorer than one year ago, but this doesn’t mean they are not trying to evolve. And the same goes for Serie A.