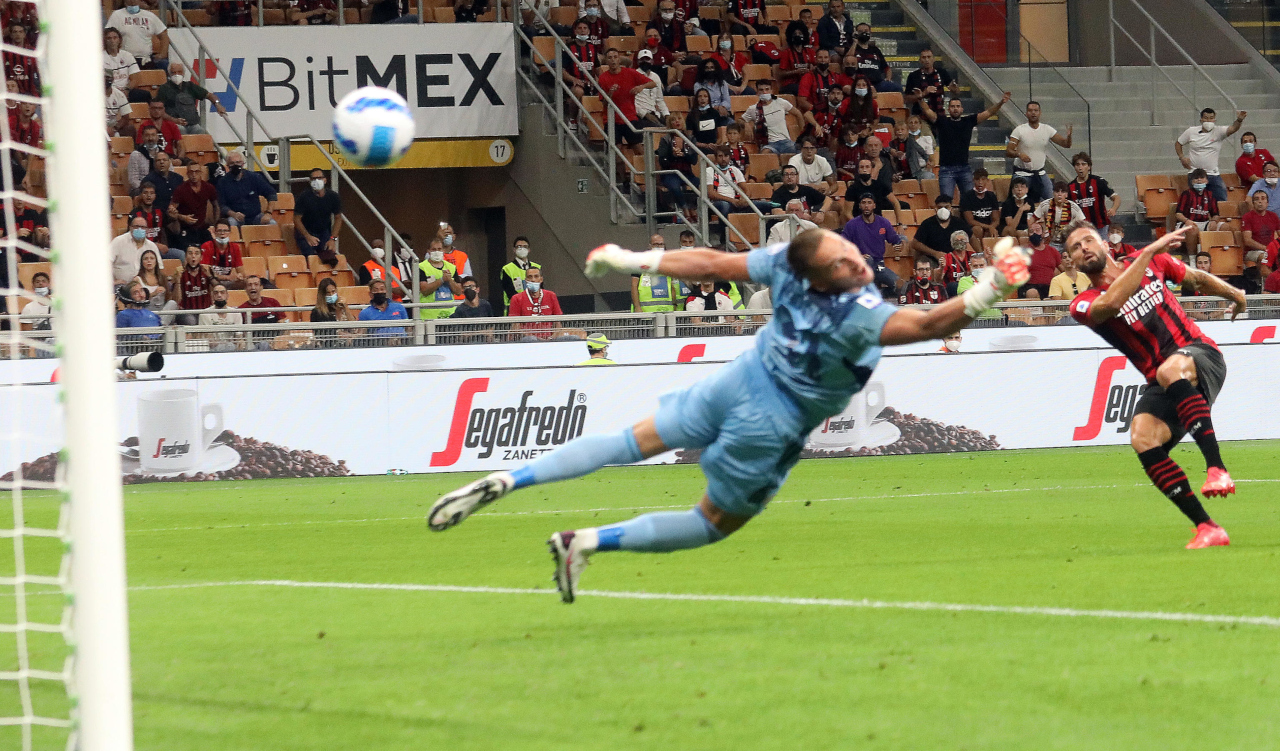 Olivier Giroud is ‘very proud to play for Milan and in a stadium like San Siro’ after celebrating two goals in his first game here.

The Frenchman bagged a brace on his San Siro debut, finishing off a great team move and then converting a penalty in the 4-1 win over Cagliari.

“I am very proud to play for Milan and in a stadium like San Siro,” Giroud told DAZN.

Serie A Milan 4-1 Cagliari: Giroud at the double

“I’m very happy with the team performance, because we started the game playing our style of football. We really connected on the pitch and could’ve scored more, while the support from the fans was incredible.”

Supporters also hope that Giroud can end the curse of the Number 9 jersey, which has been worn by a series of flops since Pippo Inzaghi’s retirement.

“I heard there was something special about the Number 9 shirt, but I am not superstitious. I believe in myself and my abilities. As a kid, I watched Marco van Basten, Jean-Pierre Papin and Inzaghi wear this shirt, so it makes me happy to be here now.”

Zlatan Ibrahimovic watched from the sidelines and the Swede is on his way back from the injury that forced him to miss UEFA EURO 2020, so can Giroud work alongside Ibra?

“Ibrahimovic is a great champion and very important in the locker room. We want to play together, but I am happy playing with any of my teammates. It doesn’t matter who plays, it’s important to respect the decisions of the coach.”