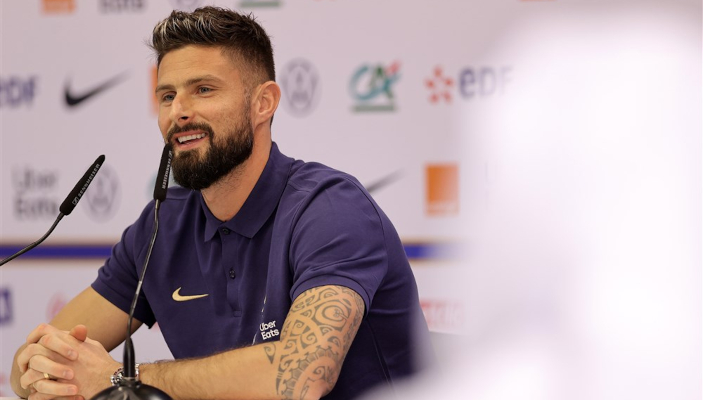 Giroud equalled Henry’s goal tally thanks to his brace against Australia earlier this week and will become the best scorer in France’s history with his next goal for Les Blues.

Giroud, who joined Milan in 2021, winning the first Scudetto for the club in 11 years last term, spoke about his relationship with the Arsenal legend during an interview with Telefoot.

“Every time I score a goal for club or country, Thierry has the habit of sending me a text to congratulate me, it’s always a pleasure coming from him,” said the Milan star, as quoted by Footmercato.

Giroud missed the chance of overtaking Henry in France’s 2-1 win over Denmark yesterday but will surely have more opportunities in the coming weeks, considering that his national team has qualified for the World Cup Round of 16 with a game to spare.

“A striker always wants to make a difference with goals. I didn’t have the opportunity to do it yesterday, but I’m happy for Kylian [Mbappé],” he said.

“I tried to help the team, Ideally, I would have liked to score the 52nd goal, but I have to be patient.”

Giroud has scored 23 goals in 57 appearances with Milan, and his contract at San Siro expires in the summer. However, the Rossoneri are already preparing a new contract for the experienced striker, extending his stay at the club until 2024.