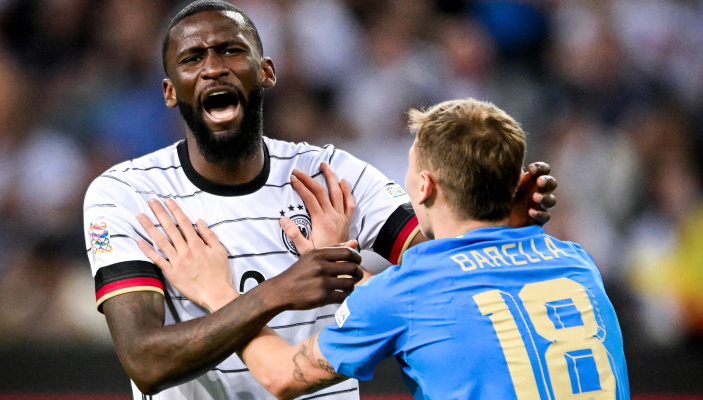 The final round of UEFA Nations League games kick off this week, and these Germany vs. Hungary predictions form part of a busy international window. Both sides are in the running to reach the Nations League finals and this tie could decide it.

This crucial showdown in Leipzig looks set to decide who will win Group A3 and head into the Nations League finals next summer.

Ahead of the tie, Hungary are in the driving seat for the final two games of the campaign, with Marco Rossi’s side currently top of the table on seven points, compared to Germany’s six.

With plenty on the line, the most likely option in this game looks to be a draw and a final day wait for both sides.

In eight combined UEFA Nations League games over the summer, four of them ended in a draw, including three for Germany.

Alongside their solid – by unspectacular form – neither side have managed to hit the back of the net with regular efficiency in recent games.

Hungary have managed seven in four games, at a rate of just under two scored per 90 minutes of UEFA Nations League action, with Germany managing eight.

In their four summer outings both sides only managed to score more than once inside 90 minutes on one occasion, with the reverse fixture in Budapest ending in a 1-1 draw.

With their eight games in June’s mini-series, only three featured over 2.5 total goals scored per game, with two of the contests ending in under 1.5 goals scored.

However, both sides have at least carried some goal threat, with a minimum of one goal scored by each of them in all four UEFA Nations League games this summer.

A repeat of the 1-1 draw in their last meeting looks to be a really strong call in this one, which means Germany would potentially need a win away against England at Wembley, with Hungary looking to hold out at home to Italy.

How to stream Germany vs. Hungary

You can stream Germany vs. Hungary live on Friday evening via a bet365 stream with customers able to watch the full game through a valid account. This includes having sufficient funds in your betting wallet or placing a new bet up to 24 hours before kick-off.

Germany head coach Hansi Flick is boosted by having the majority of his experienced stars available for international duty. Veteran winger Marco Reus is sidelined through injury but Antonio Rudiger, Joshua Kimmich and Thomas Muller are all included in the squad.

Rossi has the bulk of his key names available for this game with Ronald Sallai and Zsolt Nagy the two main absentees. The visitors can still call on key trio Willi Orban, Dominik Szoboszlai and Adam Szalai, as they look to hold on to top spot in the group.