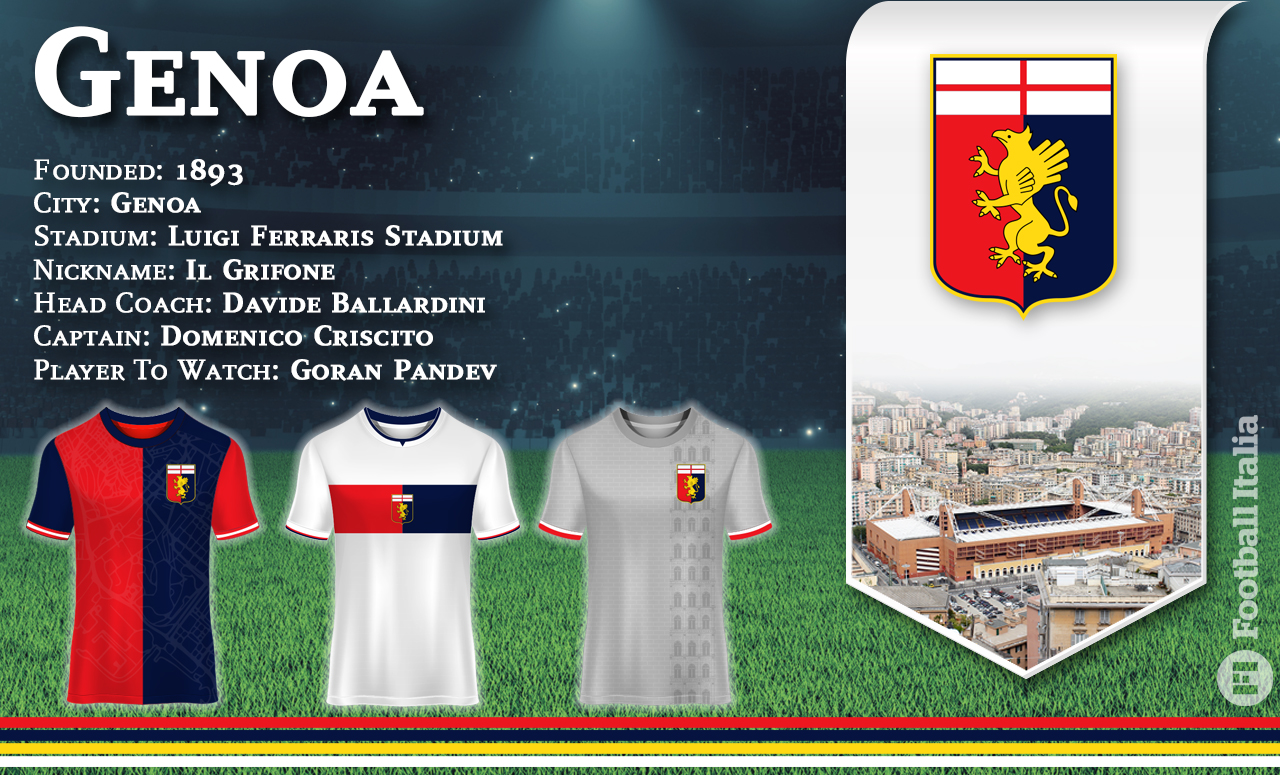 With the end of the summer transfer window, Football Italia previews the 2021-22 Serie A campaign and what to expect from Genoa. Words Lorenzo Bettoni.

With a few experienced players who arrived at Marassi, Genoa seem to be ready for a quiet season away from the relegation zone, but surprises can always be around the corner. 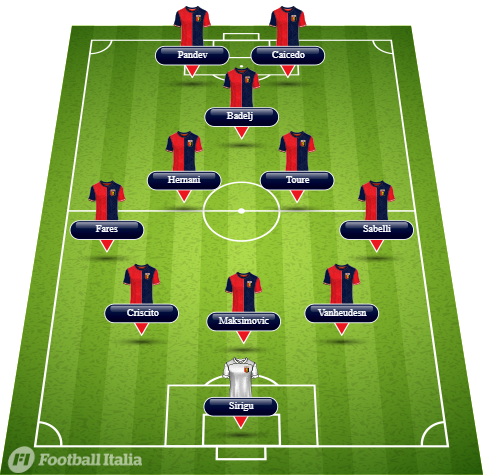 Il Grifone should be able to avoid Serie B relegation quite easily this season. They have undoubtedly reinforced their squad by signing Italy Euro 2020 winner Salvatore Sirigu, former Napoli defender Nikola Maksimovic and a reliable goalscorer such as Felipe Caicedo from Lazio. Mohamed Fares also arrived in Genoa on the deadline day.

Despite a first bad season at the Stadio Olimpico, the Algeria international had proved his worth during his time at SPAL. Hence, he seems a perfect fit for Davide Ballardini’s 3-5-2 formation. Then, anything can happen, especially in Serie A. If Genoa overachieve in the first part of the season, they could sell some of their best players in January, if they disappoint, they will revamp the team in six months.

Back in December, Ballardini began his fourth spell at the Stadio Ferraris, replacing Rolando Maran. However, this is the first time he begins the season in the Grifone dug-out, so it will be interesting to see how the team develops with the 57-year-old in charge since the first day of the pre-season. It goes without saying that Ballardini knows the club and most of their players really, really well. The Grifone managed 35 points in his 25 games under his tenure last term with two games to spare. This Serie A campaign began with back to back defeats against Inter and Napoli, but Genoa showed signs of improvements in the second game against the Partenopei.

Domenico ‘Mimmo’ Criscito begins his eight season in Genoa. The 34-year-old has played 202 of his 210 Serie A games with Il Grifone (the remaining eight with Juventus in 2007-08) and is one of the most reliable defenders in Serie A. He played only 23 games in Italy’s top flight last term, missing eight games with injuries and three due to COVID. However, his international experience will surely help the Grifone when tough times come, not to mention his role in developing some of the young prospects such as Zinho Vanheusden or Nicolò Rovella, who are on loan at Genoa from Inter and Juventus, respectively.

Goran Pandev has been in the world of football for some time now. The 38-year-old continues to make headlines despite winning eight domestic titles in Italy and one Champions League with Inter in 2009-10. More than ten years later, we are glad to see the North Macedonia still in action. “He is the youngest player I have in this team,” Davide Ballardini said after Genoa’s 2-1 defeat over Napoli. “For the way he trains, he surely is the youngest. I don’t need to manage him. He can play every time he is fit.”

That says it all about the former Lazio and Inter man who signed a one-year contract extension with Genoa in the summer after making history at UEFA Euro 2020, playing the first three games in an international competition in the history of his country.