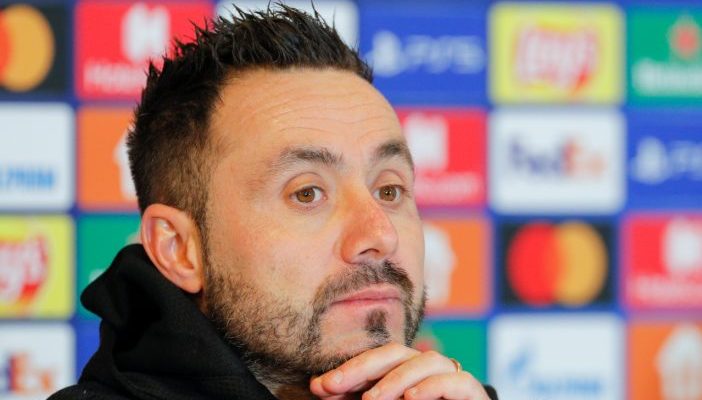 It’s not been an easy year for Roberto De Zerbi, who was forced to leave Shakhtar Donetsk due to the ongoing Russian invasion of Ukraine, and he’s starting to miss the football pitch.

The 43-year-old Italian coach only oversaw 30 Shakhtar games before departing earlier this year, having to cut his adventure in Ukraine short as Russia continue their invasion. De Zerbi has remained out of work since, remaining on the sidelines of Italian football as he waits for his next move.

As detailed by Calciomercato.com, De Zerbi was considered Bologna’s number one target after they dismissed Sinisa Mihajlovic but the former Sassuolo coach rejected their approach, seemingly preferring to wait for a bigger club. This desire also makes a possible move to Monza unlikely.

It’s hard to imagine which club the 43-year-old could work for next considering that the top teams in Italy are all seemingly happy with their head coaches. Despite their slow starts, Juventus and Inter have no plans on replacing Massimiliano Allegri or Simone Inzaghi any time soon, leaving De Zerbi with little options for the time being.

In the meantime, De Zerbi is keeping an incredibly close eye on Serie A this season and continuing to improve his tactics. A few days ago, he was spotted having dinner with a number of interesting football figures, from Pep Guardiola to Daniele De Rossi and Aleksandar Kolarov.

Although he’s been out of action for a little while now, the 43-year-old’s stock is still incredibly high and he’ll likely be the first name mentioned for any vacant head coach roles until he finally joins his next club.

2 Comments on “From dinner with Guardiola to rejecting Bologna: What’s next for De Zerbi?”