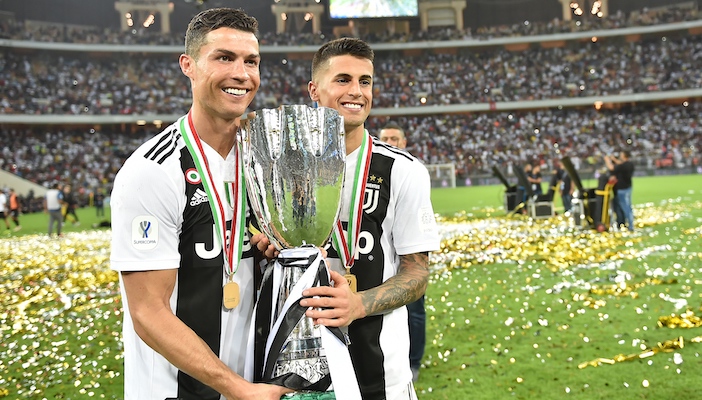 Now that the Andrea Agnelli era at Juventus has drawn to a close, let’s look back at the biggest 10 deals carried out in Turin during his 12 years in charge.

Agnelli and the other Juventus board members unexpectedly resigned on Monday, with many suggesting that the investigation into the secret payment of player salaries during the initial stages of the COVID pandemic preempted the decision. The club have been left in a state of disarray and things will likely be chaotic in Turin over the coming weeks.

Agnelli spent 12 years in charge of Juventus, taking over in May 2010, and he oversaw a number of high profile signings in that period. Let’s look back on the 10 biggest deals carried out across this period.

After a positive season on loan at Inter in the 2017-18 campaign, Cancelo briefly returned to Valencia before signing for Juventus, adding an exciting and unpredictable full back to the squad in Turin. The Portuguese full back didn’t fit well with the system and was sold to Manchester City a year later in a swap deal with Danilo, worth around €65m total.

The most recent signing on this list, the sale of Matthijs de Ligt to Bayern Munich earlier in the summer forced the Bianconeri to pick up a new centre back and they beat Inter to the punch for Bremer, who had shown his skills with intercity rivals Torino.

*The €9m add-ons attached to the deal could take it to around €50m total.

Dybala exploded onto the scene with Palermo and Juventus were faster than their competition, securing his signature in July 2015. Dybala became a fan favourite in Turin and would go on to spend seven years with the club before leaving rather anonymously on a free transfer earlier this year.

Big things were expected of Costa after his work with Bayern Munich and he joined the Old Lady on a €6m loan deal in 2017, being signed permanently for €40m the following year. Despite his promise, the Brazilian failed to hit the heights that many predicted and spent time on loan with Gremio and LA Galaxy before leaving on a free transfer in July 2022.

Chiesa was the darling child in Florence and the Fiorentina supporters were desperate to see him join any club except Juventus, but ultimately the Old Lady managed to woo the talented Italian winger and he signed a two-year loan deal with an obligation to buy clause attached in 2020, bringing him to Turin.

Possibly the most disingenuous inclusion on this list, Juventus and Barcelona carried out an ‘interesting’ swap deal in the summer of 2020, exchanging Miralem Pjanic and Arthur. This transfer has often been pointed to as an example of the club’s wrongdoings in the capital gains case.

After entering the post-Cristiano Ronaldo era in Turin, Juventus were keen to find a new talismanic forward and broke Florentine hearts again by picking up their number nine, beating Arsenal for Vlahovic’s signature.

De Ligt was a key figure in Ajax’s incredible elimination of Juventus in the 2018-19 Champions League knock-out stages and the club snapped up the talented centre back that summer, ready to start rejuvenating their backline. De Ligt never showed his true potential in Turin and was sold to Bayern Munich this year in a deal worth around €67m.

No deal upset the waters more in Italy than the signing of the Napoli star in 2016, leaving Partenopei fans speechless and bitter. Higuain’s time in Turin may have ended in a relatively miserable fashion, but he was often a decisive figure for Juventus in the early stages of his time in the Piedmont capital, scoring 66 goals in 149 appearances.

The obvious inclusion to the list. Juventus picked up the five time Ballon d’Or winner from Real Madrid in 2018 in the highest profile deal ever done by the Old Lady, with the hope that the Portuguese star would be the key to winning the Champions League for a third time. Ronaldo consistently performed for Juventus but was unable to guide them to European glory.

2 Comments on “From Chiesa to Ronaldo: Juventus’ biggest deals of the Agnelli era”