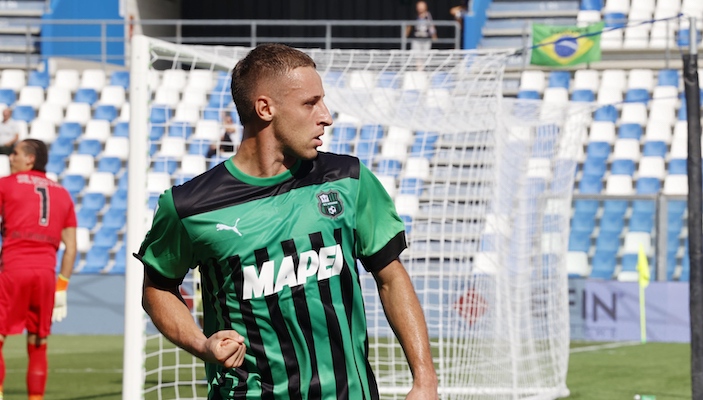 Sassuolo midfielder Davide Frattesi is a target for Roberto De Zerbi’s Brighton and Hove Albion, but the player has his sights firmly on Roma or even Napoli.

The Italy international has said repeatedly that he is bitterly disappointed to have missed out on the return to his childhood club Roma over the summer, confident he will make it back to the Giallorossi one day.

This remains his ultimate aim, but Tuttomercatoweb report that the 23-year-old is first and foremost eager to remain in Serie A, so would also accept a transfer if Napoli were to come calling.

It is bad news for Brighton, who would be in a position to offer more money both for the fee and his contract than either of the Serie A sides, relishing the power of the Premier League deals.

They also have former Sassuolo coach De Zerbi, but Frattesi has no real intention of moving to England at this stage of his career.

One Comment on “Frattesi snubs Brighton for Roma or Napoli”