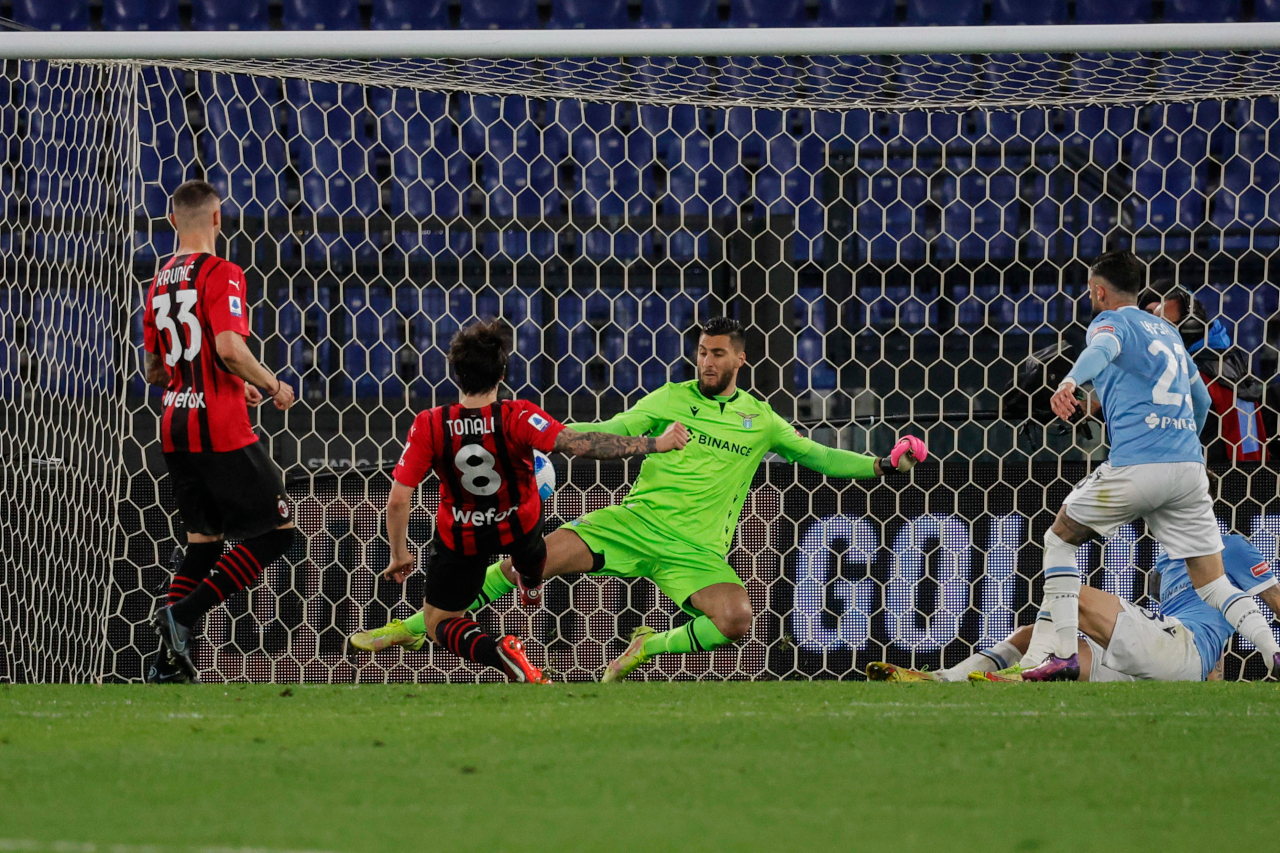 Milan moved into pole position in the Scudetto race as Inter and Napoli faltered in a month blighted by terrible goalkeeping mistakes, Stephen Kasiewicz writes.

Elsewhere, Inter and Juventus booked their places in the Coppa Italia final, while relegation-threatened Salernitana staged a late revival and Roma advanced in Europe in an April dominated by Milan takeover talks.

Milan finished April two points clear of city rivals Inter at the top of the Serie A table in a month notable for two astounding goalkeeping errors.

Napoli all but fell out of the title race when goalkeeper Alex Meret made a catastrophic blunder as the Partenopei threw away a two-goal lead to concede three times in the last 10 minutes at Empoli.

Inter’s reserve shot-stopper Ionuț Radu also made the headlines for the wrong reasons, gifting Bologna forward Nicola Sansone the winning goal in a 2-1 defeat at the Renato Dall’Ara.

The game was rearranged from January when Bologna failed to fulfil the fixture due to several players contracting Covid. Inter had protested against the rescheduled match and despite Ivan Perišić curling in a superb opener, Marko Arnautović levelled before Sansone gleefully pounced on Radu’s unfortunate mistake.

Serie A | Bologna 2-1 Inter: Radu howler is a Scudetto gift for Milan

The Rossoneri benefited as Inter and Napoli faltered but were underwhelming in goalless draws against Bologna and Torino at the start of the month.

Stefano Pioli’s men showed their title credentials in defeating Genoa at San Siro thanks to a brilliant early goal from Rafael Leão and a late effort from Junior Messias.

Italy international midfielder Sandro Tonali claimed a vital late winner at Lazio as Milan edged ahead in the race for the Scudetto. Ciro Immobile struck early on at Stadio Olimpico but the Rossoneri surged back, Olivier Giroud equalized after the break before Tonali dramatically struck two minutes into added on time.

Inter stumbled at the most inopportune moment against Bologna in an otherwise impressive month. Hakan Çalhanoğlu held his nerve to score a retaken penalty in a controversial victory at Juventus in Turin and the reigning champions went on to record wins against Verona, Spezia and Roma before slipping up at Bologna.

Napoli ended April in third position just two points behind Inter but having played one game more than the Nerazzurri and Rossoneri.

It was a chaotic month for Luciano Spalletti’s side as calamitous 3-2 defeats at home to Fiorentina and away at Empoli ended any realistic Scudetto ambitions.

Napoli registered an excellent 3-1 away win at Atalanta to start April but announced the squad would be banished to a permanent training camp after capitulating at Empoli. The Partenopei rebounded to thrash Sassuolo 6-1 at Stadio Diego Maradona but losses at crucial times left them trailing the top two.

In a month when Juventus and 10 other clubs were cleared of any wrongdoing with regards to inflated player transfers and values, the Bianconeri were placed fourth in the standings.

The Old Lady recovered from losing the Derby d’Italia to defeat Cagliari and Sassuolo, finishing April in the final Champions League qualification position.

Inter and Juventus progressed to the final of the Coppa Italia to set up a fourth Derby d’Italia of the season. The historic rivals advanced to ensure an enticing final after meeting twice in Serie A and the Italian Supercup this term.

Inter stunned old foes Milan with a superb three-goal second leg victory at San Siro. Lautaro Martinez fired in a spectacular volley to break the stalemate early on and although Milan rallied the Argentinean struck again before half-time.

Second half substitute Robin Gosens scored his first goal for the Nerazzurri to round off an impressive display after Milan midfielder Ismaël Bennacer had a goal ruled out for offside.

Juventus overcame Fiorentina at the Allianz Stadium, former Viola winger Federico Bernardeschi capitalizing on an error from goalkeeper Bartłomiej Drągowski to volley home in the first half. Brazilian defender Danilo sealed a three-goal aggregate win with a late second in added time.

The Old Lady will face the Nerazzurri for just the third time in the history of the competition at the Stadio Olimpico in Rome on May 11.

Salernitana rally for Serie A survival

Marooned at the bottom of the standings for the majority of the campaign, the Salerno club recorded stunning away wins at Sampdoria and Udinese before defeating Fiorentina at home in a memorable April.

Serie A | Salernitana 2-1 Fiorentina: Miracle of the Arechi gets closer

It doubled their victory tally to six in what had otherwise been a dismal return to the top flight.

Nicola, who steered Crotone to survival in the 2016-2017 season, sometimes used unorthodox methods of motivation. The 49-year-old coach threw his shoe to the ground in frustration and appeared ready to use it to reprimand his players during Salernitana’s tense 2-1 win against the Viola at Stadio Arechi.

Salernitana were just three points behind Cagliari in 18th place as the race to beat the drop intensified. Venezia, who sacked coach Paolo Zanetti, sank to last place in the classifica after four successive defeats against Spezia, Udinese, Fiorentina and Atalanta.

Genoa were second bottom on 25 points, claiming only one victory at home against Cagliari in the month of April. The Gialloblù lost the Derby della Lanterna in heartbreaking fashion as club captain Domenico Criscito had a late penalty saved by Sampdoria goalkeeper Emil Audero.

The 35-year-old left-back was in tears after missing the spot kick as Samp all but secured their Serie A status thanks to Adbelhamid Sabiri’s first half strike.

Venezia sank to last place in the classifica after four successive defeats against Spezia, Udinese, Fiorentina and Atalanta.

Roma were one match away from a first European final in 31 years after making it to the last four of the Europa Conference League.

José Mourinho’s side exacted retribution on Norwegians Bodø/Glimt – who had recorded a humiliating 6-1 triumph in the group stages of the competition last October – by claiming an emphatic four goal win at Stadio Olimpico to seal a semi-final place.

Nicolò Zaniolo netted a memorable hat-trick with Tammy Abraham opening the scoring as a capacity crowd roared Roma to a 5-2 aggregate victory.

Italy’s sole remaining European representative registered a creditable 1-1 draw away at English Premier League club Leicester City in the first leg of the semi-final; Lorenzo Pellegrini fired home in the first half before Gianluca Mancini’s second half own goal.

While Roma looked ahead to the second leg of the semi-final on May 5 there were no other Italian clubs involved in the latter stages of European competition.

Atalanta were eliminated from the Europa League in the quarter-finals, falling to Germans Red Bull Leipzig 3-1 on aggregate. Luis Muriel was on target as the Bergamo club earned a 1-1 draw in the first-leg in Germany. Yet Christopher Nkunku netted a double in the return game for Leipzig at the Gewiss Stadium to end Atalanta’s involvement in Europe.

Milan were on the verge of a lucrative €1bn takeover in a move which could transform the fortunes of the Rossoneri.

Bahrain-based sovereign investment fund Investcorp looked set to agree a staggering €1.1bn deal to buy the club from the US led Elliott Management group. Investcorp, who also have links to the owners of Manchester City, were close to becoming the first Middle-Eastern club owners in Serie A.

As well as wiping out an estimated €100mn debt, the wealthy new owners were reported to have ambitious plans to take Milan back to the top echelon of European football.

In what represented a version of fantasy football for Rossoneri fans frustrated with a lack of investment over the last decade, Investcorp had already looked at plans for a new stadium – with or without city rivals Inter – and set aside a purported transfer budget of €300mn for new players.

A host of high profile names, including Manchester City winger Riyad Mahrez and Red Bull Leipzig striker Christopher Nkunku, had already been connected with moves to the seven-time European champions. 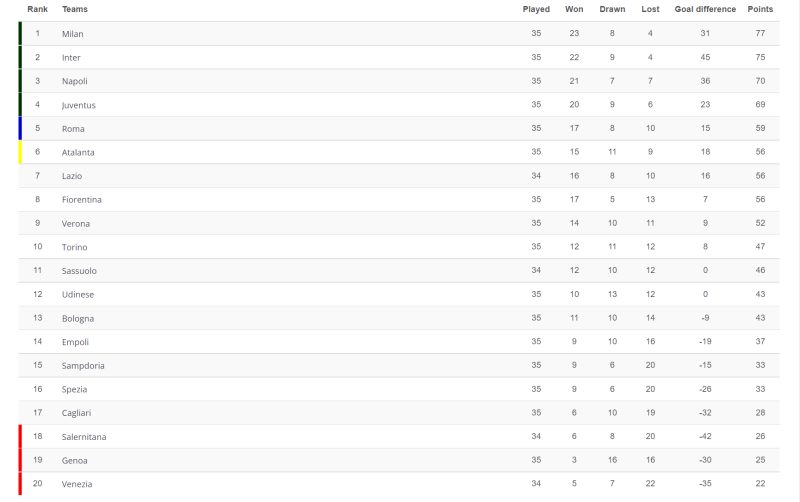