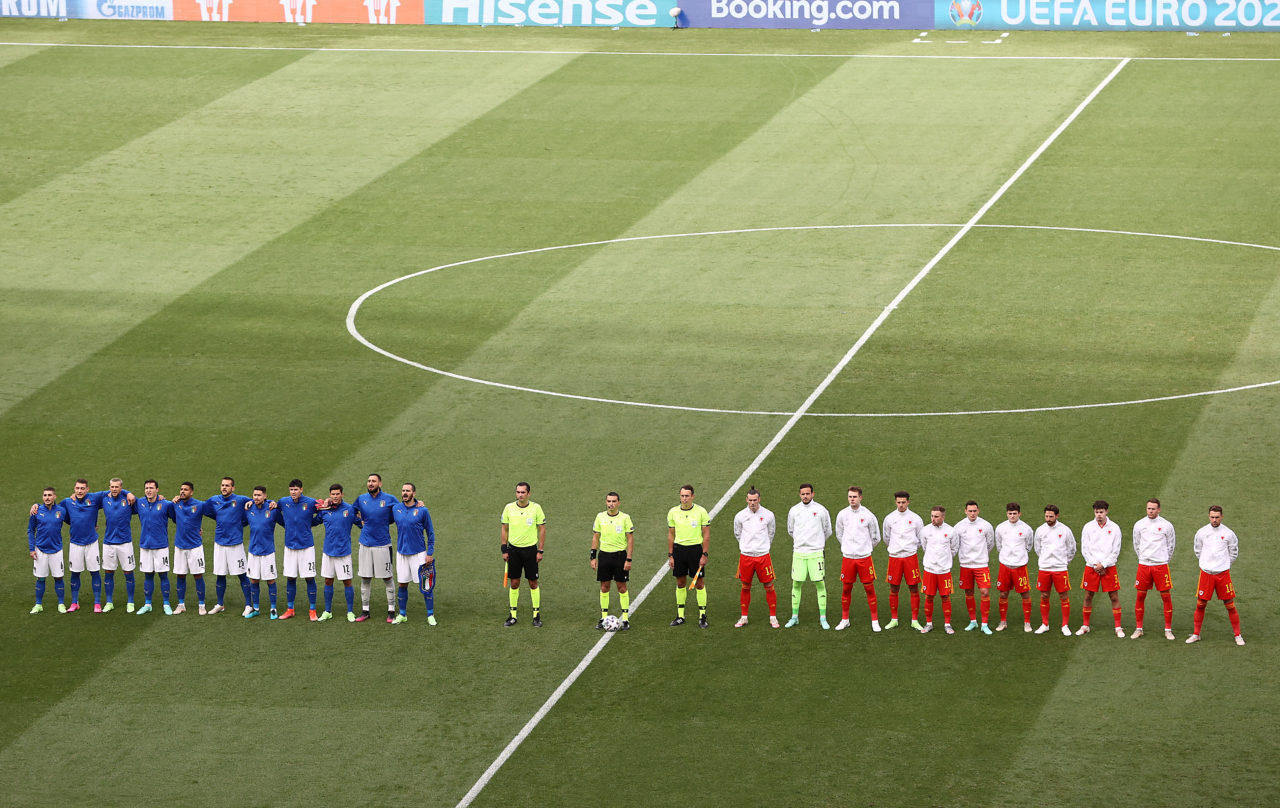 Five Italy players and all of Wales took a knee for Black Lives Matter ahead of Sunday’s game at the Olimpico.

But against Wales on Sunday, was the first time at Euro 2020 that the players of Italy have participated in the gesture of the movement that fights racism.

Before kick-off between Italy and Wales, five of the Azzurri players committed to the fight against racism, when Federico Bernardeschi, Andrea Belotti, Emerson Palmieri, Matteo Pessina and Rafael Toloi took a knee at the Olimpico in the Italian capital.

La Gazzetta dello Sport pointed out that the other Italian players didn’t participate, but that the entire Wales team continued to show their support before the game.

The Welsh had already committed to the fight against racism in the two previous games against Switzerland and Turkey and continued to show their support at the Olimpico.