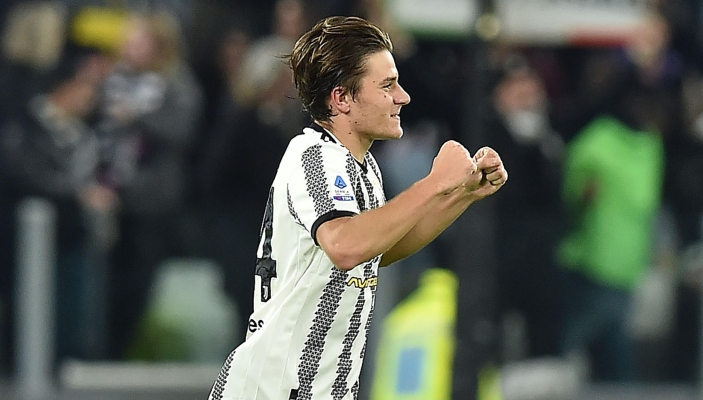 Nicolò Fagioli is emblematic of Juventus’ change of course and shows how the club can find success in the post-Andrea Agnelli era.

The Bianconeri’s 15-point deduction has seen them plummet down the Serie A table, being handed to them by the FIGC court for inflating player transfer values to falsify capital gains. Whilst an appeal can be launched, it’s clear that Juventus need to change to a more sustainable system, something new president Gianluca Ferrero and CEO Maurizio Scanavino are well aware of.

As highlighted by Calciomercato.com, Fagioli is the perfect symbol of this new Juventus side, being a talented youngster who broke into the first team following his development through their youth system.

The Italian midfielder, who played a decisive role in the 2-2 draw with Atalanta, joined the club as a 14-year-old and climbed the ranks, spending a short time with the Next Gen squad before his loan spell with Cremonese. After returning, he proved his abilities to Massimiliano Allegri and earnt a place for himself in the first team.

Juventus are planning to make use of their investments in the Next Gen squad and will likely give more talented youngsters the chance in coming seasons.