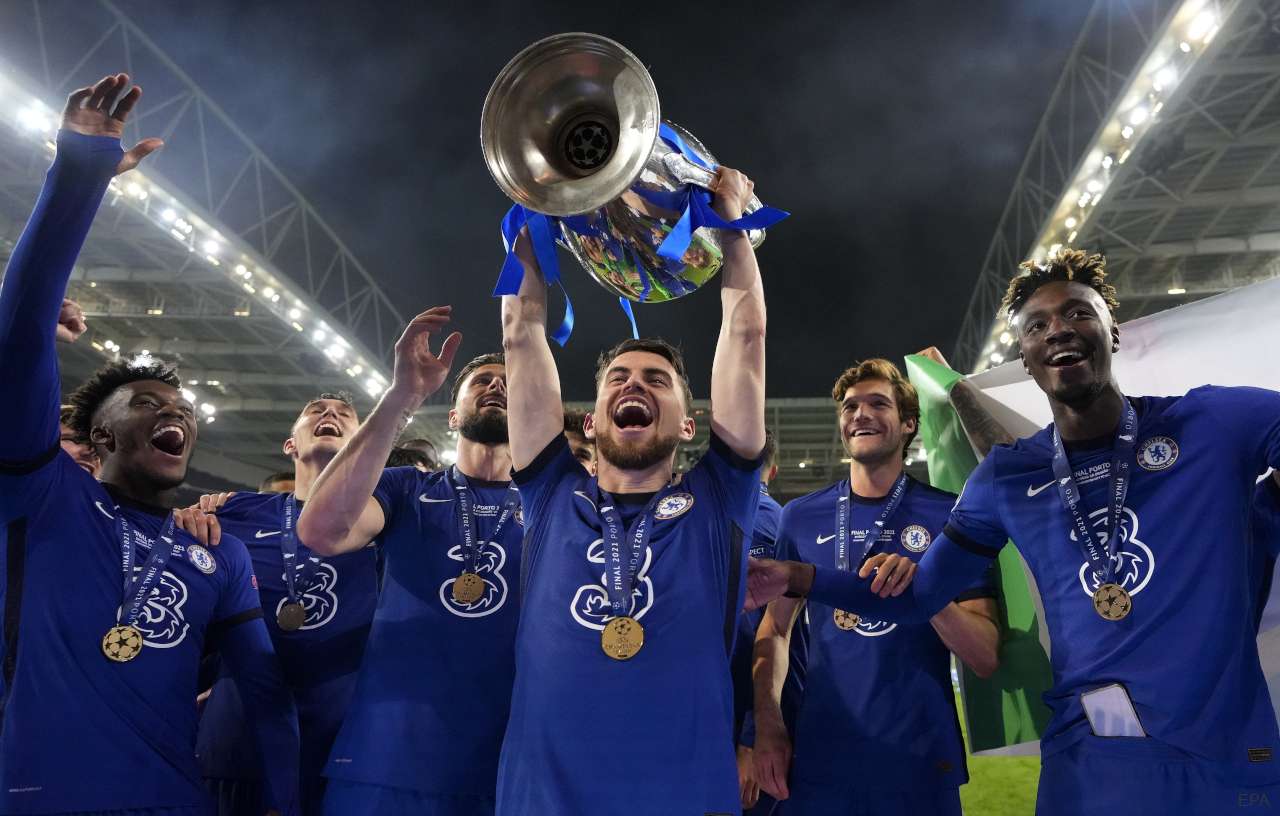 Jorghino’s agent Joao Santos reveals the Italy international was set to join Manchester City in 2018 and explains why he chose the Azzurri over Brazil in an exclusive interview with Football Italia.

When Jorge Luiz Frello Filho arrived in Verona from his home in Imbituba, Brazil, in 2007, he had no idea what the future had in store for him. He had thought about leaving football a few years earlier, but his parents convinced him to continue and Verona gave him a trial.

He returned to the region of Veneto, which is where his father’s ancestors left many years earlier to move to Brazil. That’s why he had the possibility to apply for Italian citizenship.

“His family didn’t follow him to Italy at the beginning. He was 15 or 16 and they could not travel to Italy for economic reasons,” Jorginho’s agent Joao Santos says in an exclusive interview with Football Italia.

“They were born of humble origins, so they could join him in Italy only after two or three years he was playing as a pro in Italy,” he continues.

“He is such a nice person, family and friends are very important for him.”

It was quite evident when, just after lifting the Champions League with Chelsea last week, he arrived for a live interview on Sky Sport Italia talking to his mother on the phone. She was in the stands of the Stadio Do Dragao, but ‘Jorgi’ – which is what his agent calls him – could not spot her.

Joao Santos became his agent 12 years ago, as soon as Jorginho became a pro. He says he always believed in the midfielder’s talent, but not everybody has during his career.

“You know, it’s always like this. That’s what football is about,” Joao Santos says.

“Not all the people like the same players. There are different views, and it’s fine like this. I don’t mind.

“Fortunately, he found many directors who trusted him, and in the end, they proved to be right. Now everybody can see how much he has improved and how much he’s worth.”

Jorginho played one season on loan at Sambonifacese in 2010-11 before returning to Hellas Verona and eventually joined Napoli, later moving to Chelsea. Back in 2012, he obtained Italian citizenship, but he had had a chance to play for Brazil instead.

“It’s a dream for us Brazilians to play for the national team. Brazil director Edu Gaspar called us and was very realistic,” Joao Santos reveals.

“He said they had many players, from Casemiro to Fernandinho, so they could not ensure Jorginho would play regularly. They could have called him up once, but they had no certainties about the future. They didn’t know, nothing was sure.

“At that point, Italy called Jorginho too, knowing he had an Italian passport and that he has a special bond with the country. At that time he had played all his entire professional career there, and he was happy to choose Italy. We are still very happy about this choice,” confirms Joao Santos.

“I think it would be different for Brazil now. Now Jorginho is one of the stars in the Champions League and is playing regularly for one of the best national teams in the world.

“At that moment, he was not in the same position. Maybe, today they [Brazil] would make a different choice.”

A few things have remained the same since: Jorginho’s love for his family and his desire to win trophies.

“Now his mother and his sister will go back to Brazil, not his father. He will travel to Italy to watch the Euros. He is heading to Rome for the first game of the group stage,” Joao Santos says.

“We are already preparing to meet in London on July 11, the day of the Final. The dream continues. We hope Italy can go all the way through. That’s why we are getting organised already.”

England is now like a second home for the Italy international, who joined Chelsea along with Maurizio Sarri in 2018.

“He’s improved a lot in the Premier League, especially in terms of intensity. He used to play football at a high pace, but you can’t even compare Italian football with English football in terms of intensity. I think he is a more complete midfielder now. He will turn 30 soon, and he will be even better in the next five years,” his agent says.

His time in the Premier League could have been much different, given that he had been in talks with Manchester City for many weeks before joining Chelsea.

“It was Napoli’s choice,” Joao Santos explains. “They were negotiating with Manchester City, but then they began talks with Chelsea, and that’s where we ended up.

Did Guardiola try to convince him?

“There was no reason to. Jorginho was convinced to join City, but in the end, the situation changed, so we moved to Chelsea, a great club.

“He went there with Maurizio Sarri. He knew it would have been a unique experience in a top club.”

Sarri is the coach who wanted him at Chelsea and played a key role in Jorginho’s move to South London, but not the only trainer to have greatly influenced the midfielder, Joao Santos says, and Sarri’s Chelsea departure in 2019 didn’t cause Jorginho to consider his future at Stamford Bridge.

“Jorginho has worked with so many coaches that it’s difficult to name just one. He never thought about leaving Chelsea even after Sarri had left. Jorgi has had many important coaches during his career, like the one at Sambonifacese [Claudio Valigi] or [Andrea] Mandorlini.

“I think all of them have been important. There isn’t one more important than others.”

“Every coach makes his own choices, they are all different. Lampard is a Chelsea legend, he has his view, but maybe Jorginho’s characteristics were not the best ones for him,” Joao Santos notes.

“Then you know, football is about results. Jorginho and [N’Golo] Kanté are playing really well now. They won the Champions League this season and to me they form the best midfield partnership in Europe right now.”

So, can we expect to see ‘Jorgi’ at Stamford Bridge next season too?

“Yes, he has two years left in his contract. Chelsea have many targets for 2021-22. The Champions League, the Premier League, the FA Cup, the European Super Cup, so we are planning to stay there.”

Before that, however, Jorginho hopes to lift another trophy with a different blue shirt.