Roma and Lazio in Europa League, Atalanta or Fiore... 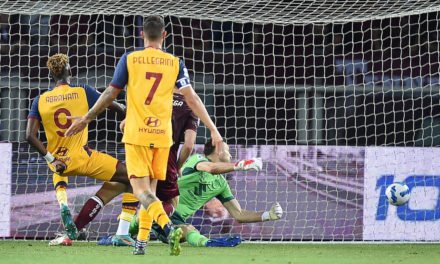 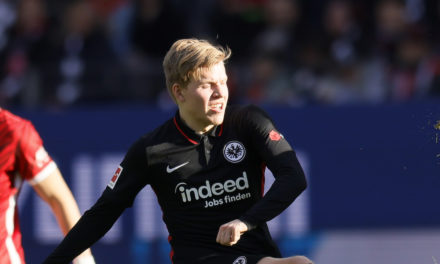 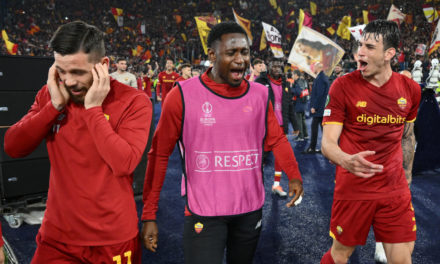 Why Roma Conference League triumph could... 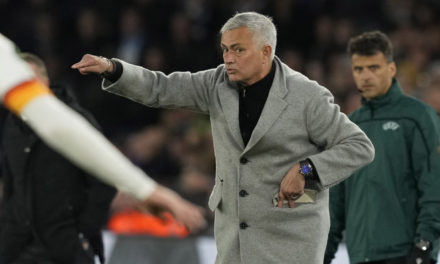 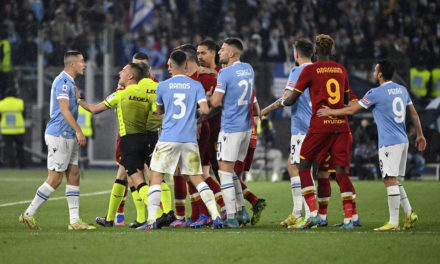 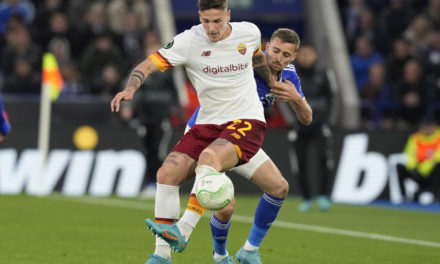 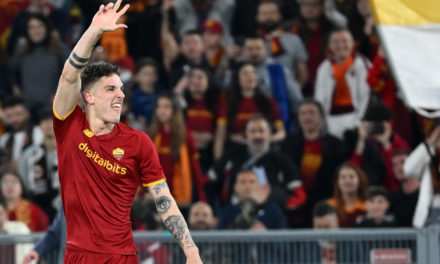 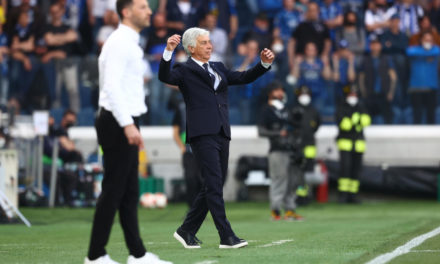 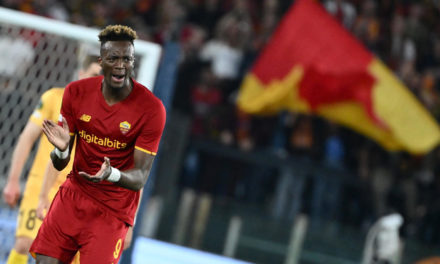 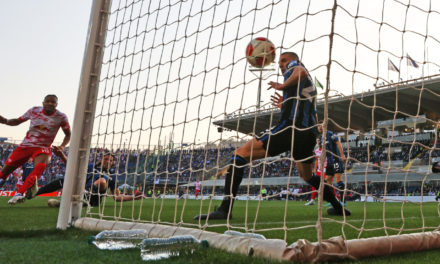 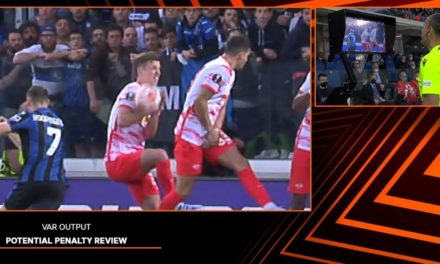 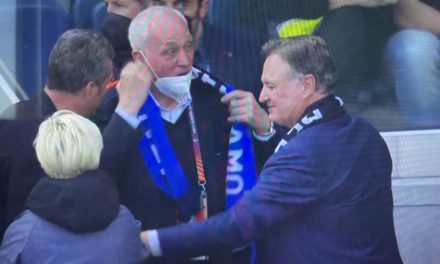 Roma players and staff were greeted with thousands of joyous supporters for their open-top bus...

Milan could be fined, as the Disciplinary Commission has opened an investigation into the...

Walking through the doors of Milanello to replace the departed Gianluigi Donnarumma last summer,...

Marino: ‘Pagliuca focus on Atalanta, even if he buys Chelsea’

Either Luis Muriel or Duvan Zapata will start in the Atalanta attack against RB Leipzig, with La...

Davide Zappacosta admits Atalanta are still angry about their defeat against Sassuolo but...

Gasperini: ‘Atalanta not obliged to win Europa League, but…’

Gian Piero Gasperini insists Atalanta are not obliged to win the Europa League, but the...

Atalanta get fitness boost ahead of RB Leipzig

Atalanta have good news from the treatment room ahead of the Europa League quarter-final with RB...

RB Leipzig coach Domenico Tedesco admits a 1-1 draw with Atalanta was ‘the right result’ in the...

Gian Piero Gasperini and Atalanta have ‘some regrets’ after their 1-1 Europa League quarter-final...

Luis Muriel described his sensational goal against RB Leipzig and is confident Atalanta can ‘fight...

Join us for all the build-up and action as it happens from the quarter-finals, as Atalanta visit...

Juventus in the Europa League

Inter in the Europa League

Parma in the Europa League

Napoli in the Europa League

Serie A in the Europa League

The 21st century may have been a barren spell for Serie A in the Europa League so far, but Italy’s top flight has a proud history in this competition. Known as the UEFA Cup prior to 2009, Italian teams have triumphed in Europe’s secondary club competition on nine occasions. That’s second only to Spain. Clubs from La Liga have won the tournament 13 times, with 10 of those triumphs coming since 2004.

Four different Serie A clubs have won the Europa League, although all of those victories were during the UEFA Cup era. Inter and Juventus have both lifted the trophy three times, while Parma have won the tournament twice and Napoli once. Incredibly, eight of those nine successes came between 1989 and 1999, when Serie A was arguably the strongest league in the world.

Qualification for the Europa League is relatively complex. UEFA coefficients come into play, giving higher ranked leagues more places and entry into later stages of the qualification play-offs. Most associations have three berths, with places handed out to clubs based on league and cup performance. Clubs that are knocked out of the Champions League qualifying rounds and group stage may also receive entry to the Europa League.

The draw for the group stage of the 2021-22 Europa League took place on Friday August 27 at 13:00 CET. This season’s final will be held at the Estadio Ramon Sanchez Pizjuan in Seville on 18 May, 2022. This is the home of Spanish outfit Sevilla, who have won the tournament a record six times, with all of those triumphs coming since 2006.
The Old Lady became the first Italian side to reach the UEFA Cup final back in 1977, beating Spanish outfit Athletic Bilbao on away goals after a 2-2 draw over two legs. Marco Tardelli netted the only goal of the game in the first leg, five years before the midfielder’s iconic celebration after scoring for Italy in the 1982 World Cup Final.

The Bianconeri won the European Cup for the first time in 1985, before lifting the UEFA Cup in 1990 and 1993. Dino Zoff and Giovanni Trapattoni were the triumphant coaches in those campaigns, while Roberto Baggio and Dino Baggio were the stars of the latter final. Not related of course, the Baggios netted five of Juve’s six goals as the Old Lady thrashed Bundesliga side Borussia Dortmund 6-1 on aggregate.
All three of Inter’s UEFA Cup triumphs came within an eight-year spell in the 1990s. Two of them were against fellow Serie A clubs. The first Nerazzurri success in this tournament was in 1991, with Lothar Matthaus and Nicola Berti on target in the first leg as Inter beat Roma 2-1 on aggregate. Berti would also score a decisive goal in the final three years later, as the Nerazzurri saw off Austria Salzburg over two legs.

The 1998 final was the first to be played over a single leg, and what an occasion it was. Ronaldo was the star of the show, as the Brazilian phenomenon led the line for Inter in a resounding 3-0 victory over Lazio. The Nerazzurri have only been back to the final of this competition once since then, losing the 2020 Europa League Final 3-2 to Sevilla. Entertaining though it was, that particular showpiece will be remembered for its empty stands amid the Covid-19 pandemic.
They may have endured some tough times since, but Parma were the last Italian team to win the UEFA Cup/Europa League. The Crociati had a star-studded team in the late 90s, proving their class with a 3-0 victory over Marseille in the 1999 final. Hernan Crespo was the man of the match on the night, with Parma’s team sheet also including the likes of Juan Sebastian Veron, Enrico Chiesa, Diego Fuer and Gianluigi Buffon. Not to mention Lilian Thuram, Fabio Cannavaro, Roberto Sensini, Alain Boghossian and Dino Baggio.

That was the second time the Gialloblu had lifted the trophy in four years. Former Juventus player Dino Baggio scored the only goal of the 1995 final’s first leg against his old club, the season after leaving the Old Lady. Baggio also cancelled out Gianluca Vialli’s opener in the return as Parma won 2-1 on aggregate, adding the UEFA Cup to their maiden success in the European Cup Winners’ Cup two years prior.
The Azzurri were the team who kicked off Serie A’s period of domination in the UEFA Cup. Led by the immortal Diego Maradona, Napoli beat German outfit VfB Stuttgart 5-4 in the 1989 final, with the Argentine legend scoring a crucial penalty to draw his team level in the first leg. Winning a major European title was one of the highlights of Napoli’s golden era, while that triumph remains the only time the Azzurri have reach a continental final to this day.
The strength of Serie A in the 90s is shown by the number of UEFA Cup finalists the Italian top flight produced across the decade. A club from the league finished as runners-up in this competition six times in nine years, with four all-Italian finals. Fiorentina, Roma and Torino all made it to the showpiece in three consecutive years from 1990 to 1992, falling at the final hurdle to Juventus, Inter and Ajax respectively. Juve lost to Parma in 1995, while Inter went down against Schalke 04 in 1997 before going one better the following year against Lazio. The Nerazzurri’s defeat in the 2020 showpiece is the only time a Serie A club has lost in the UEFA Cup/Europa League final outside the 90s.

When is the Europa League draw?


Which Serie A clubs have won the Europa League?


How many Serie A teams qualify for the Europa League?


When are Europa League fixtures played?

Europa League fixtures are usually played on Thursday evenings, with some fixtures and the final played on a Wednesday too.