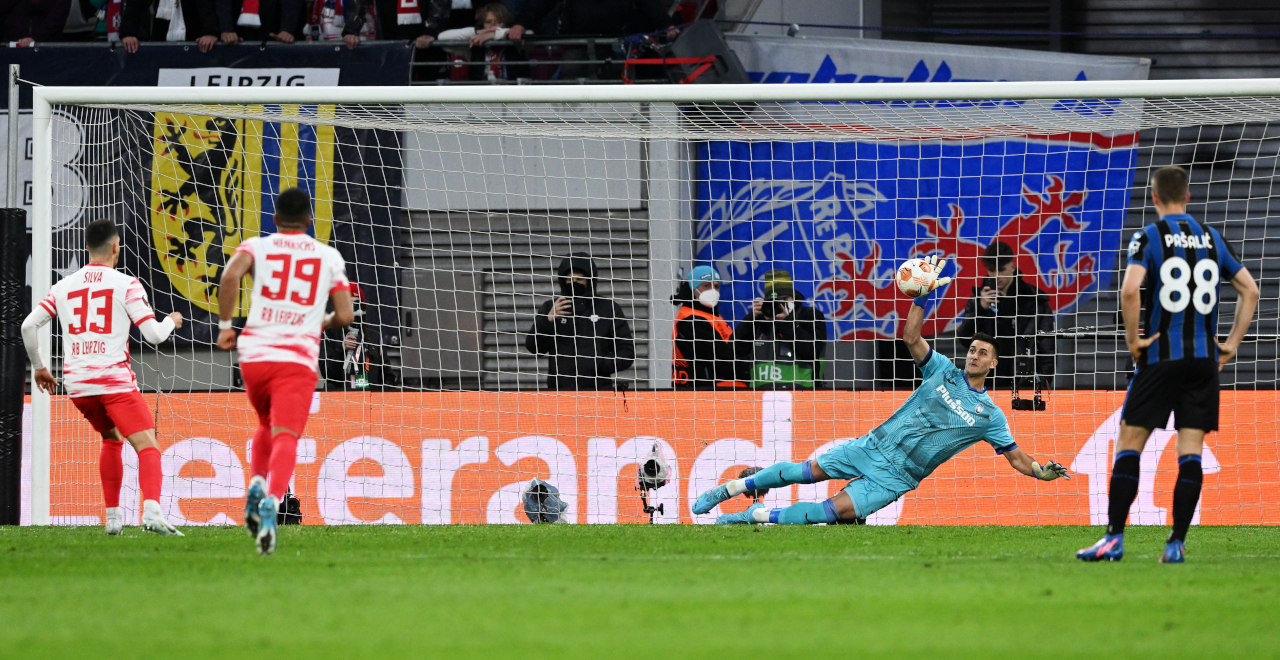 Atalanta picked up a solid draw away to RB Leipzig in the first leg of the Europa League quarter-final, as Juan Musso saved a penalty after Luis Muriel’s stunner and both sides hit the woodwork twice.

La Dea were missing Joakim Maehle, Rafael Toloi and Berat Djimsiti, with Duvan Zapata back on the bench after one appearance since December, so switched to a four-man defence. Leipzig were without Yussuf Poulsen and Amadou Haidara.

Jose Luis Palomino was booked within the first three minutes for bringing down Christopher Nkunku, but the visitors took the lead with a moment of magic from Muriel.

The Colombian cut inside from the left between two defenders and smashed a right-foot finish into the far top corner from 12 yards.

Muriel almost made it 2-0 soon after, his low drive skimming the far post, while ex-Milan striker Andre Silva thumped the upright from 13 yards after a clumsy Matteo Pessina clearance.

On the stroke of half-time, Atalanta also rattled the woodwork with Mario Pasalic from the tightest of angles after sprinting past Willi Orban.

Muriel forced a one-handed save from Peter Gulacsi, while Dani Olmo’s strike was deflected over the bar by Merih Demiral.

RB Leipzig received a penalty when Demiral was late and just caught Nkunku’s foot. Andre Silva stepped up, but Juan Musso got a trailing hand to the spot-kick, then also managed to palm away the Willi Orban follow-up header.

However, moments later Leipzig did equalise when a cross from the left was shinned into his own net by Davide Zappacosta as he tried to anticipate the Orban tap-in from six yards.

Duvan Zapata made his comeback, only his second appearance since December due to recurring thigh injuries.

Giorgio Scalvini also came on and immediately the two substitutes combined, the teenage defender firing just over the bar. Teun Koopmeiners thumped the base of the upright less than a minute later.

Remo Freuler went off injured and Demiral’s header was just wide of the far post, but RB Leipzig also rattled the frame of the goal for the second time with a Dominik Szoboszlai diving header off the crossbar.

It remained wide open, but in the final minute Musso parried a Szoboszlai strike at the near post after Giuseppe Pezzella slipped, then on the corner Nordi Mukiele’s effort was cleared off the line by Demiral after pinballing around the box.