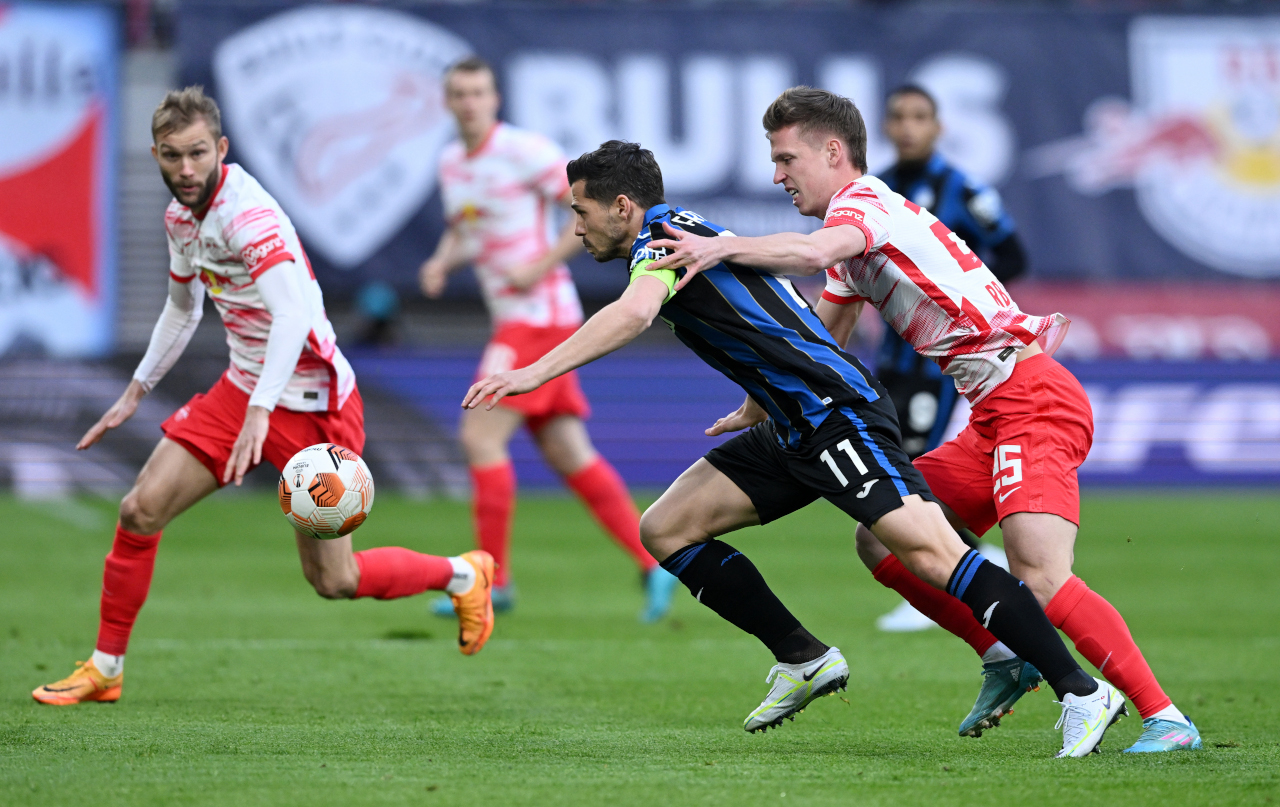 You can follow all the build-up and action as it happens from this game and Roma vs. Bodo/Glimt in the Conference League on the LIVEBLOG.

The away goals rule no longer applies in Europe this season, so whoever wins the match today goes through to the semi-final.

Berat Djimsiti and Remo Freuler have recovered after missing the weekend defeat to Sassuolo, but it is Hans Hateboer who starts in a four-man defence rather than Giorgio Scalvini.

The big news is upfront, where Gian Piero Gasperini goes all-out attack with Malinovskyi, Teun Koopmeiners and Boga supporting Duvan Zapata in what appears to be a 4-2-3-1 formation.

RB Leipzig are missing Amadou Haidara, but otherwise have a full squad at their disposal with Yussuf Poulsen returning.

It was a high-octane match in Leipzig, with both teams rattling the woodwork twice.