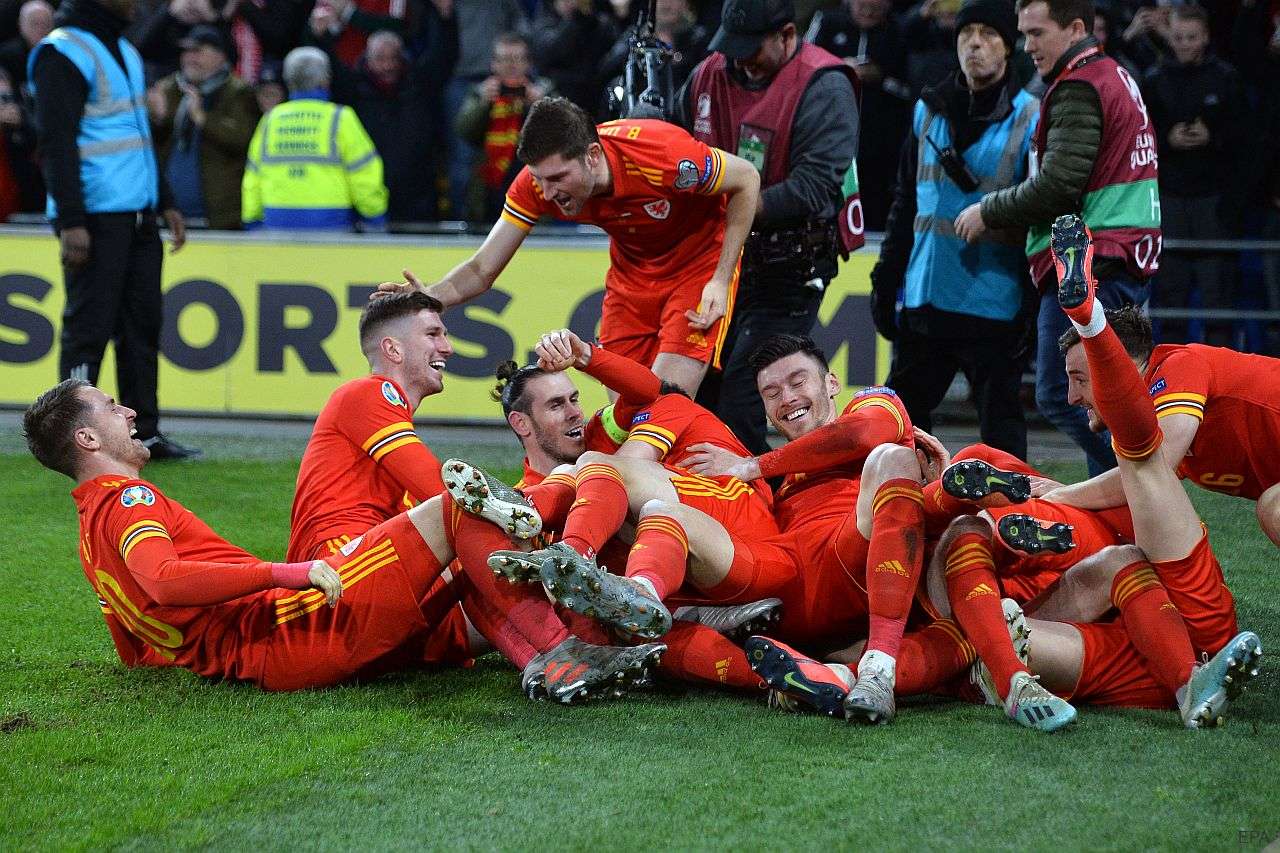 Wales were a surprise package at Euro 2016 with a well-drilled side and moments of class from Gareth Bale. Andrew Tuft asks if it’ll be a case of same again five years later…

Euro 2016 was a high-point for Wales. Their first-ever European Championships appearance – and first major international tournament at all since the 1958 World Cup – saw a run to the semi-finals that included beating tournament favourites Belgium in the Round of 16. It was a hard-working, defensive-minded team with the ability to strike on the counter-attack, and those are the qualities acting manager Rob Page will look to call on five years later.

Page, standing in for Ryan Giggs as the former Manchester United winger awaits trial on assault charges, which he denies, has a handful of the heroes of France 2016 to call on again. But where that was an experienced squad that had been together for a few years, this is one of youth and potential. Gareth Bale is still there, and even as his star has fallen in the interim period, remains a potentially decisive player, but around him are names to watch for future tournaments.

Liverpool starlet Harry Wilson could be the creative spark alongside Bale, while hulking centre-forward Kieffer Moore will cause problems for opponents with his sheer presence. Daniel James will be a threat with his pace on the break down the left flank, and Aaron Ramsey – who scored at Euro 2016 and whose goals against Hungary in November 2019 sealed Wales’ place at Euro 2020 – might get the nod even after falling out of favour.

Wilson and James are joined by promising youngsters Neco Williams, also of Liverpool, Chelsea’s versatile Ethan Ampadu and Joe Rodon, who moved from Swansea City to Tottenham Hotspur in summer 2020. It’s the core of a group that could be together for a decade or more at international level, and Euro 2020 will stand them in good stead whatever the outcome.

Page though has to choose between continuing with the 3-4-3 that served his predecessors well or moving to a back four as part of a more attacking 4-2-3-1. It may not be a surprise to see Page chop and change through the group stage – defenders that struggle to deal with aerial balls will wince at seeing Moore’s name on the team sheet, but if there’s a chance to get in behind then jettisoning an out-and-out striker is the likely call so James, Wilson and Bale can start as a trio.

Wales reached Euro 2020 as runners-up in Group E, behind only Croatia. That meant seeing off Slovakia, Hungary and Azerbaijan in what was a close group. Croatia finished clear on 17 points with Wales three behind, but only two points ahead of the second-bottom Hungarians. Wales, Slovakia and Hungary each won four of their eight games as automatic qualification went down to the finest of margins.

Fine margins will decide Group A as well. Italy aside, there isn’t a lot between the four nations in it and that should give Wales encouragement. A repeat semi-final place looks beyond them but no-one expected Wales to reach the last four in 2016 either. A few good early results could see the Dragons catch fire.

Coach: Rob Page – Stepping in for Ryan Giggs, Page is one of Wales’ assistant coaches. The former Watford defender previously worked with the youth set-up, so has been alongside most of the squad for years.

Harry Wilson could replace Kieffer Moore in attack but if Page wants a focal point leading the line, they don’t come much bigger than the towering Cardiff City striker. A compact defence, industrious midfield and pace down the flanks will be Wales’ strategy either way.

Look out for: Aaron Ramsey’s future at Juventus is in the air and this is the perfect shop window for the midfielder. Wales need his quality in key moments, and the 30-year-old needs to deliver.

Wales at the European Championships:

How they got to Euro 2020: Wales finished as runners-up to Croatia in Group E, besting Slovakia, Hungary and Azerbaijan.

Mundo Deportivo claim Inter want left-back Jordi Alba and are prepared to offer players in exchange for the veteran. He is under contract with the...

END_OF_DOCUMENT_TOKEN_TO_BE_REPLACED

Mundo Deportivo claim Inter want left-back Jordi Alba and are prepared to offer players in exchange for the veteran. He is under contract with the...