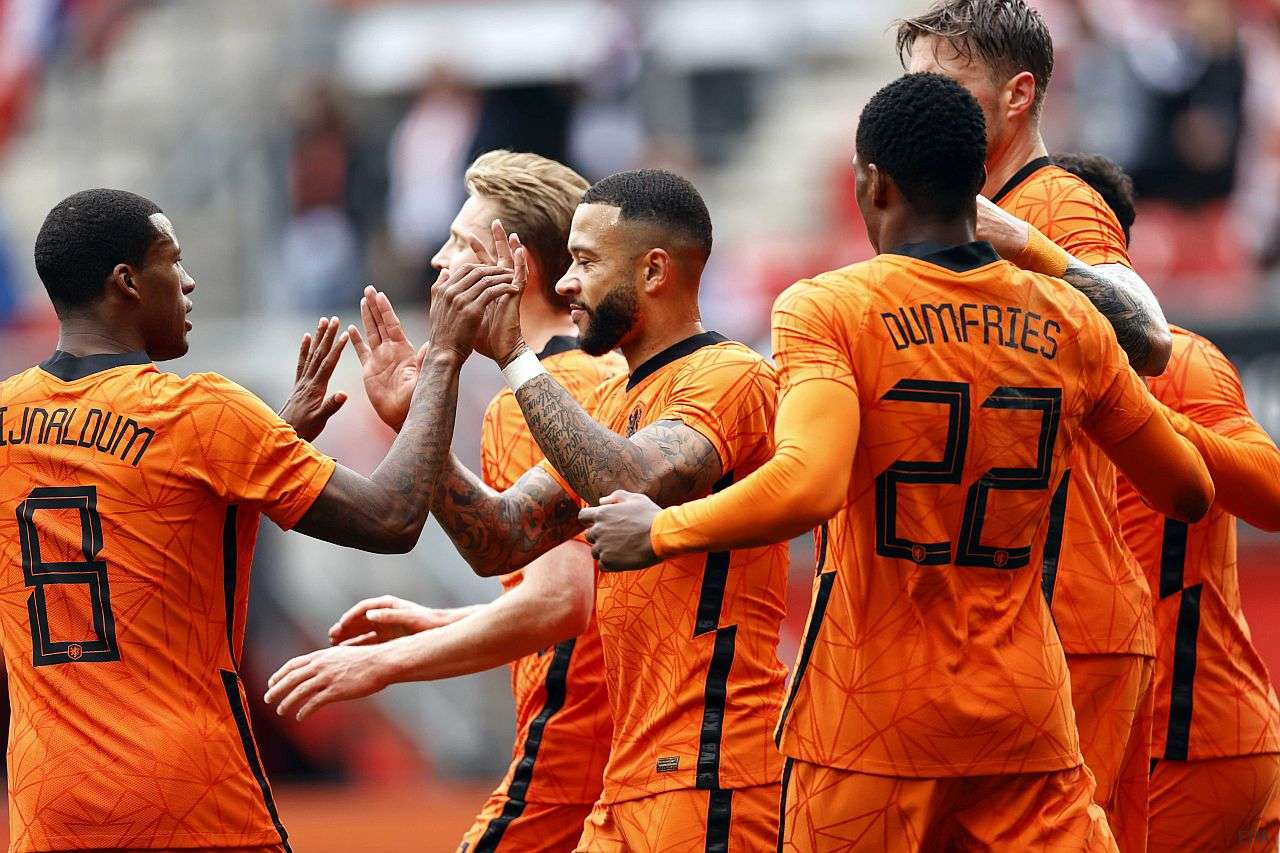 The Netherlands will be without Virgil van Dijk, but Kaustubh Pandey believes it won’t be the only challenge the Oranje will face during Euro 2020.

Frank de Boer’s Oranje side may not be the favourites to win the tournament this year, but qualification to the next round will be easier because of their relatively easier group. They will be without the influential Virgil van Dijk, but De Boer’s men have enough talent in the side to provide stiff competition to the best of the sides in the tournament.

Had the Euros been played a year ago, the Oranje would have been without their star striker Memphis Depay who suffered a severe knee injury back in 2019. It feels like ages ago, but the Lyon striker (who will leave the Ligue 1 giants in the summer) will lead the Netherlands’ attack at the Euros along with Seville’s Luuk de Jong.

However, it’ll be worth keeping a close eye on a very promising striker, namely Donyell Malen, 22, who has 27 goals in 45 appearances to his name in 2020-21 and who seems set to join one of Europe’s top clubs in the summer.

His agent Mino Raiola reportedly offered him to both Juventus and Milan, but this is another story that will probably develop after the Euros.

The Oranje have many familiar faces for Serie A fans, such as Marten de Roon, Stefan de Vrij and Matthijs de Ligt. The latter suffered an injury the week before the beginning of the tournament and it remains to be seen whether he will be fit to start the first game of the competition against Ukraine.

With Van Djik being the most notable omission in the squad, missing De Ligt would be a further blow to De Boer’s side, which can also rely on Nathan Ake and Daley Blind. However, the Ajax defender has had some physical issues over the last two months and is also not fully fit.

Despite the defender’s physical issues, De Boer can rely on some quality men in the middle of the park, such as Barcelona’s Frenkie de Jong and Georgino Wijnaldum who is set to move to join PSG from Liverpool as a free agent.

The Oranje have the quality to finish among the top four, but their results will massively depend on their defensive stability and their coach’s ability to read the games, which he hasn’t always delivered during his career.

Coach: Frank de Boer – The former Crystal Palace boss has often endured a rocky ride at the Dutch national side and his selection has often been criticised. But he’s now looking to give a very good squad an identity they’ve lacked in recent years.

Look out for: Despite Barcelona’s failure to win the La Liga, Frenkie de Jong impressed for the Catalans and he’ll be playing his first major tournament for the Dutch. His technical ability, combined with ball progression, makes him one of the most exciting players for the tournament.

Netherlands record at the European Championships

How they got to Euro 2020: Netherlands finished second in their qualifying group, only behind Germany.