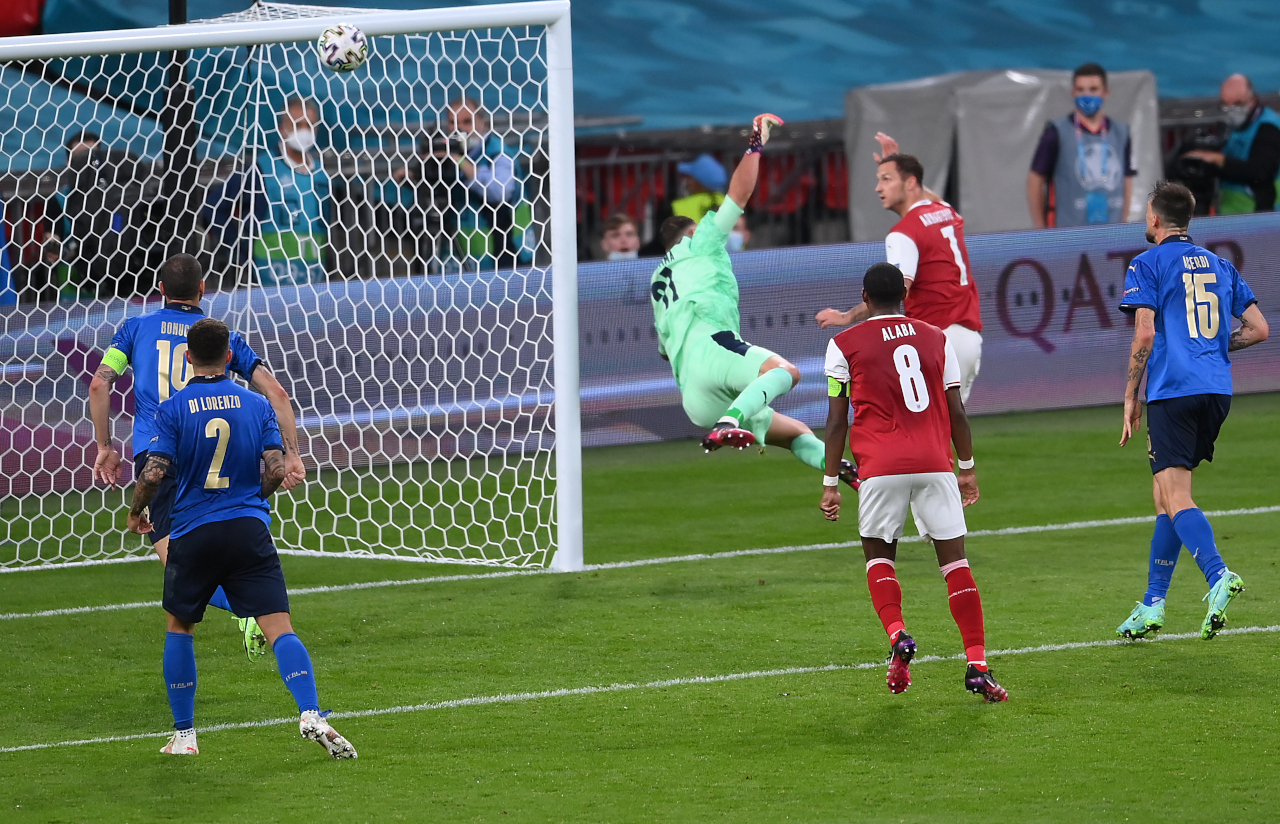 Italy were rescued by VAR to disallow a Marko Arnautovic goal and wasted a huge chance with Domenico Berardi, as they go to extra time with Austria.

The Azzurri went into this Round of 16 tie at Wembley Stadium unbeaten in a joint-record 30 games, with 11 consecutive victories accompanied by clean sheets. Giorgio Chiellini and Alessandro Florenzi were injured, so Francesco Acerbi and Giovanni Di Lorenzo stepped in, with Marco Verratti preferred to Manuel Locatelli. Austria qualified by beating North Macedonia and Ukraine in the group phase, reaching the knockouts for the first time in a major tournament since 1982.

Although it was Italy’s first game outside Rome, it felt like a home fixture, with most of the 22,000 locals supporting the Azzurri.

Lorenzo Insigne’s right-foot curler was well smothered, but Bachmann had to use his legs to parry a Nicolò Barella strike off the outside of the boot, while Marko Arnautovic blazed over the bar.

Ciro Immobile thought he’d scored on 32 minutes, but his swerving stunner from 20 metres out cracked against the far top corner of the crossbar.

Bachmann also had to palm a Leonardo Spinazzola effort round the base of the upright, as Italy dominated the first half, but were unable to find the breakthrough.

Aleksandar Dragovic made a decisive block on Berardi’s assist for Insigne, while Arnautovic scuffed his finish after getting past Francesco Acerbi following a Bonucci error.

David Alaba’s free kick skimmed the crossbar and the same player got back in time to stop Berardi tapping in the Insigne assist.

It was increasingly scrappy and frantic, Marcel Sabitzer’s strike deflected wide off Bonucci and Austria had the ball in the net on 65 minutes when Alaba nodded it down for an Arnautovic header off the underside of the bar. It would’ve been the first goal Italy had conceded in over 1,100 minutes of football, after 11 consecutive clean sheets, but VAR came to their rescue with a narrow offside call.

With Barella already on a yellow card, the Inter midfielder and Verratti made way for Manuel Locatelli and Matteo Pessina. Insigne and Locatelli curled wide, but Berardi wasted a huge opportunity created by Spinazzola by attempting an acrobatic volley when he had time to control.