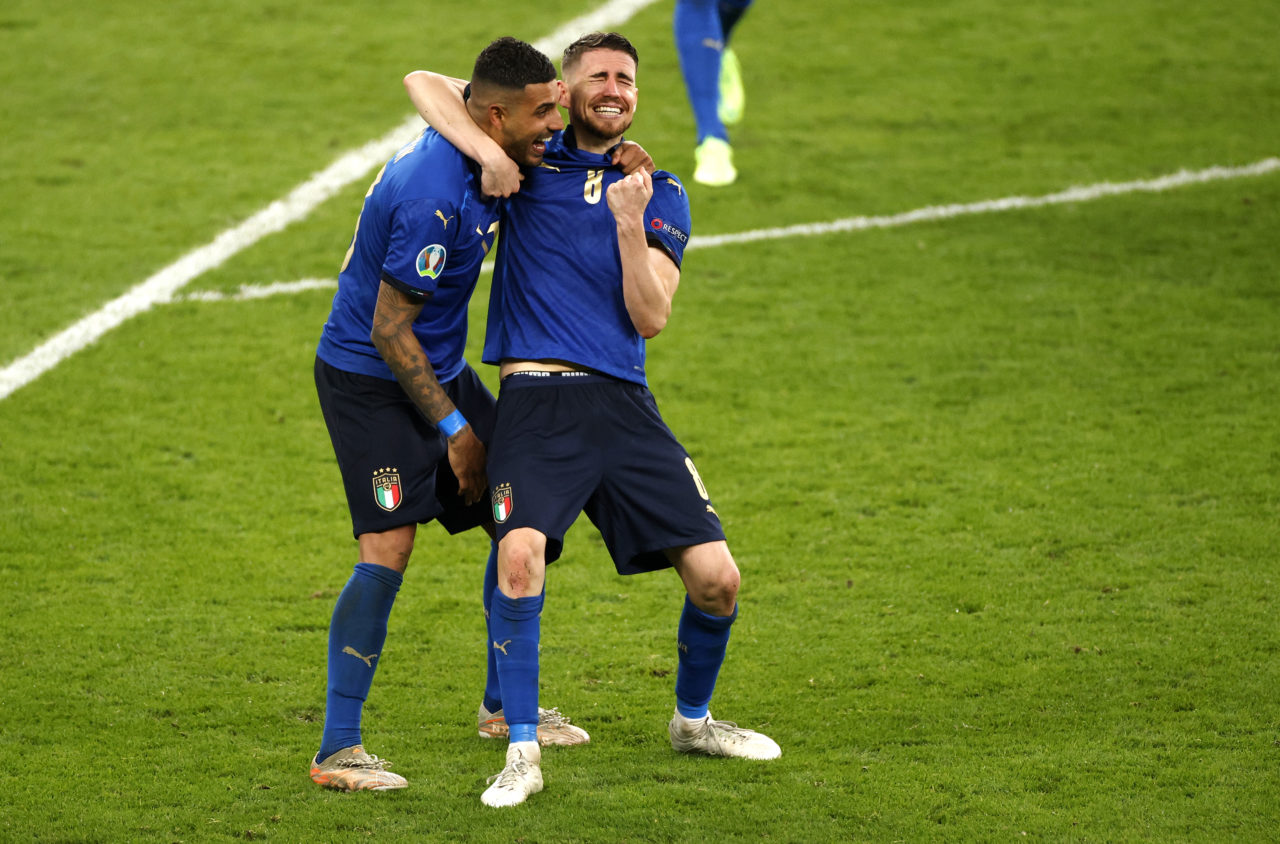 Emerson Palmieri reveals he had an agreement with Napoli this summer and explains why he enjoyed Italy’s victory at EURO 2020 more than the Champions League with Chelsea.

The former Roma full-back joined Lyon on loan from the Blues in the summer, but he could have joined Napoli instead.

“After the Euros, I wanted to get regular playing time and feel important. I couldn’t play consistently at Chelsea and [Roberto] Mancini told me that, at my level, I should have stayed on the pitch as much as possible,” he told La Gazzetta dello Sport.

“I had spoken to Spalletti and gave the green light to move to Napoli, I don’t know why the deal collapsed. Lyon offered me a good project and I decided in two or three days.

“I think it was a correct choice, there is a young and united group here and the Brazilians Paquetà, Guimaraes, Mendes and Henrique helped me settle in.

“It will be challenging to win the title because PSG are on a different level, but we must try.

“On Sunday, we lost because of details and a non-existent penalty kick. The target is to qualify for the Champions League. I am on loan, so we’ll see what happens at the end of the season.

“The most important thing is to play and have fun on the pitch, even scoring like on Wednesday against Troyes.”

Last season, Emerson became European champion with his club and country, having won the Champions League with Chelsea and EURO 2020 with Italy.

“Two incredible experiences, but the victory at the Euros was more intense because you win for the whole country,” the 27-year-old said.

“It’s an honour to be part of Italy. There has always been positive competition with Leonardo Spinazzola. I used to be play more than him, but then he became the regular starter and played really well at the Euros.

“I tried to help when he suffered that injury, but the strength of Italy is the group. Everybody gives his best and fights on every ball, regardless of who plays.”

Gigio Donnarumma was named Player of the Tournament at the Euros and his former Chelsea teammate Jorginho also won the Champions League and EURO 2020.

With the Ballon d’Or award just around the corner, the debate is open on who should win it and both Italian stars are among the candidates this year.

“Donnarumma did great things at Milan and Jorginho, like me, won everything, but he’s been playing at the highest levels for a couple of seasons and he deserves to win it,” Emerson said.

The Brazil-born ful-back played with Palermo and Roma in Serie A before joining Chelsea in a €29m deal in January 2018.

He scored two goals in 71 appearances with the Premier League champions, winning four titles, including one Europa League and one Champions League.