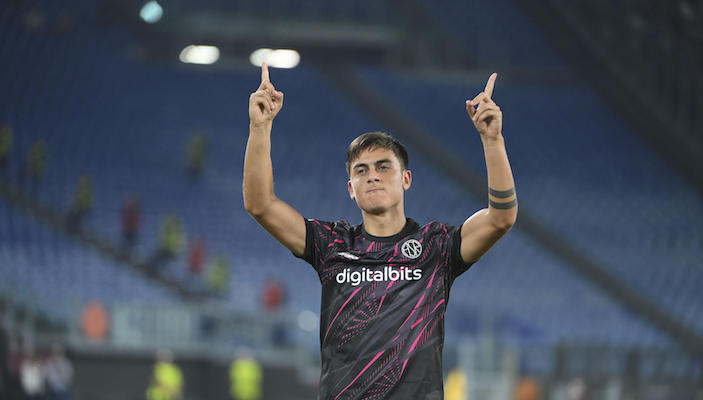 Paulo Dybala discussed his recent hamstring injury, his relationship with Roma coach Jose Mourinho and his work at the World Cup in Qatar.

The 29-year-old Argentinian forward signed a three-year deal with the Giallorossi in the summer after leaving Juventus on a free transfer. Since making the move to the Italian capital, Dybala has seemingly started enjoying his football again, scoring seven goals and providing two assists in 12 appearances across Serie A and the Europa League.

In October, Dybala suffered a hamstring injury that kept him sidelined for eight consecutive matches, but he briefly returned in Roma’s final game of 2022 against Torino. He’s now part of the Argentina squad at the World Cup, but hasn’t yet seen a minute of action.

Speaking to Zhibo TV, Dybala first discussed how he managed his hamstring injury heading into the World Cup.

“I did everything I could to play the last challenge against Roma, I spoke to Mourinho and during the week leading up to the challenge with Torino he asked me how I was.

“I told him that if he needed me I would be available. I entered the pitch, I felt good and my performance was positive. And that game played also led to the call-up with Argentina.

“I did everything to recover and help the team against Torino.”

He touched on his positive relationship with coach Mourinho.

“I trained hard to be at 100%, and I did it by working a lot also with Mourinho ,with whom I have a beautiful relationship.”

Finally, Dybala discussed his trademark celebration and bond with the Italian capital.

“I am a fan of ancient Roman films, I see them all the time, that’s why I think you have to take to the pitch and fight like that in real life, so I celebrate my goals with a mask, the one the gladiators wore in the fights.”