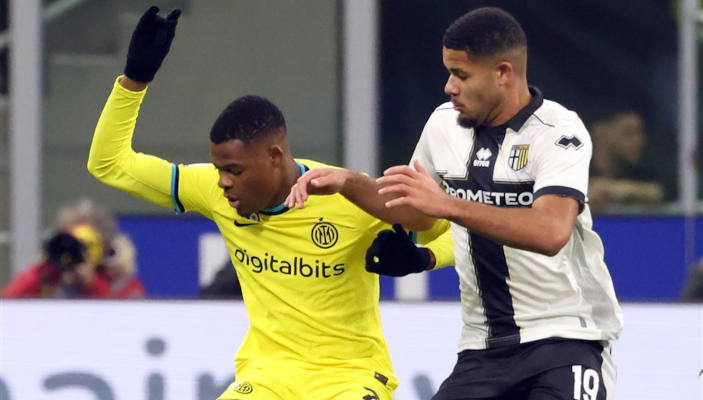 Multiple reports in Italy claim Chelsea and Tottenham are interested in Inter wing-back Denzel Dumfries, but his price tag is lowering due to poor form after the World Cup.

The Netherlands international scored one goal in five appearances in Qatar but has not been able to offer convincing performances for his club in the first three games of the year.

Inter boss Simone Inzaghi admitted after Inter’s win over Parma in Coppa Italia on Tuesday that the 26-year-old is not at his best and ‘must improve.’

Il Corriere dello Sport claim Chelsea are the ‘most interested club’ in the Netherlands international and could even make their move in the January transfer window. Bayern Munich are also keeping a close eye on the defender.

Tuttosport also mentions Tottenham and Manchester United among the clubs interested in the ex-PSV wing-back, who has a contract until 2025.

His amortised price in Inter’s balance sheet is €7.2m and the Nerazzurri are looking for an offer in the region of €50-60m.