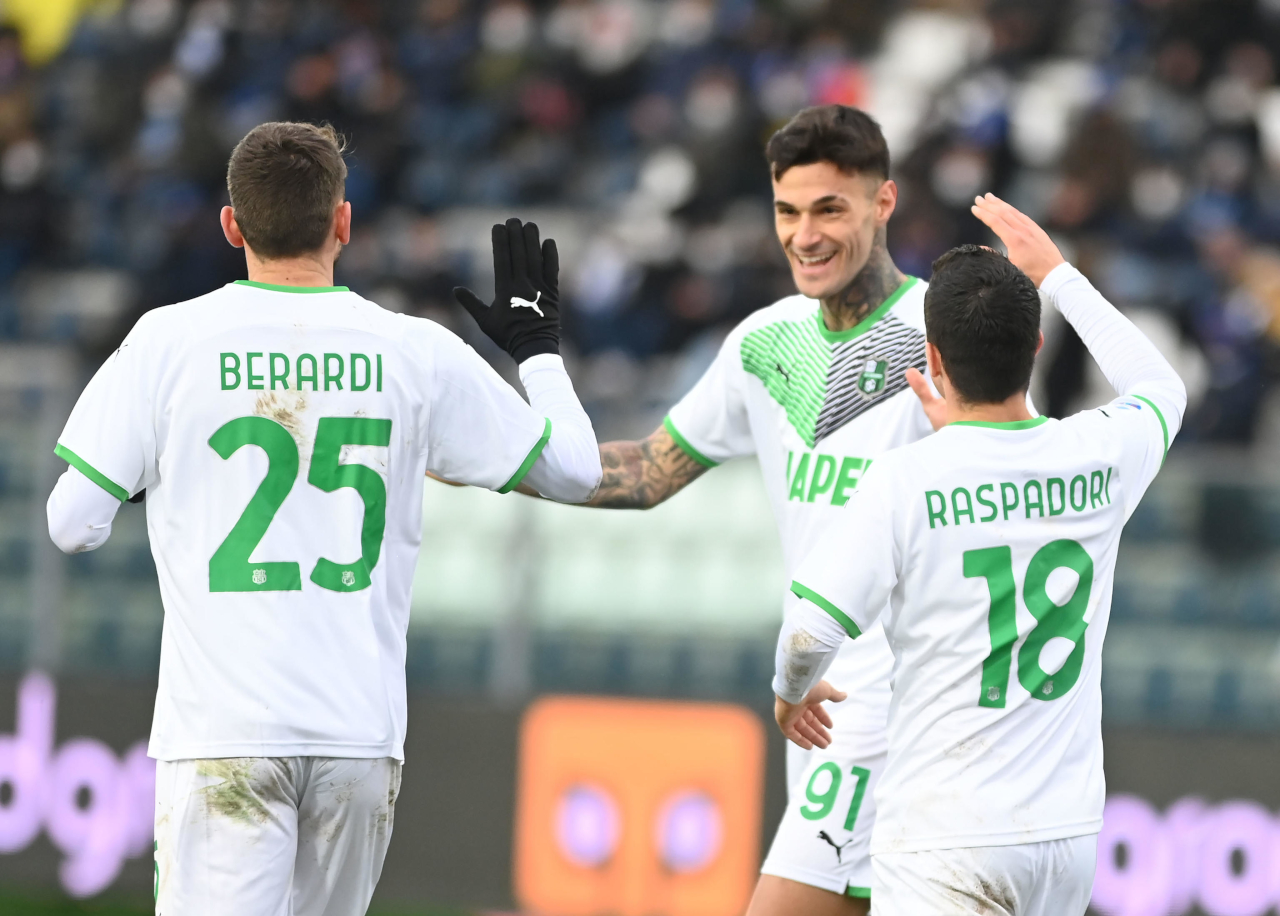 Sassuolo coach Alessio Dionisi made Coppa Italia history and assures Gianluca Scamacca and Giacomo Raspadori ‘will complete the season’ with them, so there will be no January transfer.

The strikers played in this afternoon’s 1-0 win over Cagliari, which proved enough to book a quarter-final meeting with Juventus next month.

It’s the first time Sassuolo have ever reached the final eight of this competition.

“It wasn’t easy today, but we wanted to make up for the poor performance against Verona and brought home the victory,” Dionisi told Sport Mediaset.

“Reaching the quarter-finals is an historic achievement for Sassuolo. It’ll be extremely difficult against Juventus, but we don’t want to stop here.”

Scamacca and Raspadori have both attracted a great deal of transfer speculation, including from Inter, Juventus, Milan and clubs outside of Italy too.

However, Dionisi pours cold water over any suggestions that either of them could leave in the January window.

“Nobody will go. Gianluca will complete the season with Sassuolo, as will Giacomo. We need them, just as they need Sassuolo and this experience in order to grow.

“They are playing more now than they ever have before.”

One Comment on “Dionisi: ‘Scamacca and Raspadori staying at Sassuolo’”