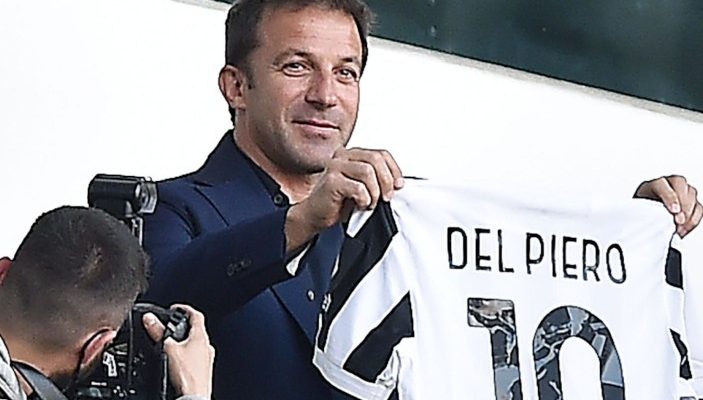 Alessandro Del Piero refused to confirm or deny whether Juventus had already contacted him for a role at the club after the Board of Directors resigned. ‘At this moment there are other priorities.’

The entire Board of Directors resigned after an investigation recommended a trial for financial irregularities, followed by investigations by the Italian Football Federation (FIGC) and by UEFA.

The natural name presented by many to become vice-president or even President is Del Piero, who would be following in the footsteps of Andrea Agnelli and former teammate Pavel Nedved.

He released a statement via social media and was put on the spot during his role as a pundit at the 2022 World Cup in Qatar.

“What’s happening is that Juventus are going through a delicate moment, so as a former player and captain, I am following the situation closely,” said Del Piero.

“It is a very delicate moment. What I wanted to do in my statement on Instagram was recognise that people will link me to Juventus because 19 years of history is a great deal for me and the club. Naturally, I am going to keep an eye on the situation.

“At the same time, being a delicate moment, the most important thing for those who love Juventus – and I am among them – is to let the professionals who have been chosen to lead the club do their job.

“People continually ask me about comments or advice, but I don’t want to give answers that could be speculated upon, let alone answer to rumours.

“I understand the position of the media, that I can comment on this situation and am following it closely, hoping things can be resolved as quickly as possible.”

The questions persisted and again Del Piero pointed people towards the statement he released yesterday.

“What I wrote on Instagram is what I want to say. I don’t want to say if it’s true or not that I received phone calls, or what I would or wouldn’t like to do.

“At this moment there are other priorities, so the best thing I can do right now is stay in my place and not comment further.”