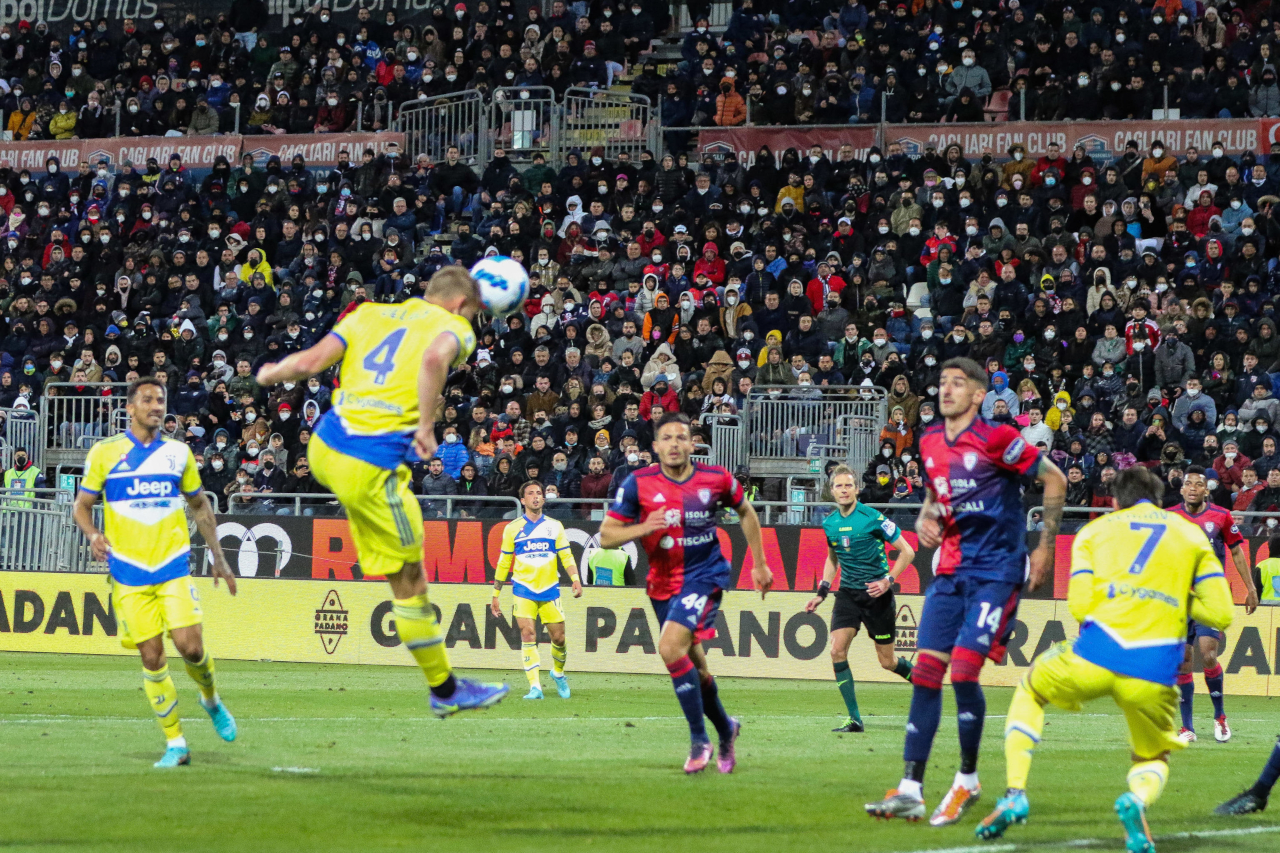 Matthijs de Ligt acknowledges Juventus ‘were too sluggish and lost the ball too easily’ against Cagliari, but rallied to get the 2-1 win.

The Sardinians had taken a surprise lead through Joao Pedro on the counter-attack when Razvan Marin robbed Paulo Dybala in midfield.

However, a De Ligt header on a corner and Dusan Vlahovic battling his way onto a Dybala through ball turned it around for a 2-1 Juve victory.

It was a badly-needed win after losing at home to Inter and effectively being ruled out of the Scudetto race.

“We started badly, immediately a goal down, perhaps we were too sluggish, lost the ball too easily, so it became a very difficult game, but in the end we managed to win,” De Ligt told Sky Sport Italia.

“I prefer to play straight away after a defeat. We now have one game per week, we have to train hard to win and today we deserved the victory.”

Juventus find their equaliser just before the half!

Cuadrado with the pin point ball to pick out De Ligt 📌 pic.twitter.com/HlAtX5xTtu