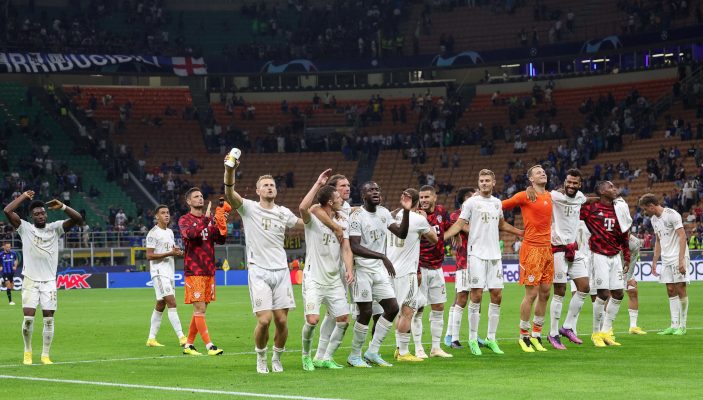 Matthijs de Ligt explains why he initially struggled with the ‘intensity’ of Bayern Munich training after leaving Juventus.

The former Juve defender moved to Germany over the summer and returned to Italy for this evening’s 2-0 Champions League victory over Inter at San Siro.

“It was a very good game, we played well, obviously it wasn’t perfect, but we played our game, so did Inter and in the end we got the result,” De Ligt told Sky Sport Italia.

The Dutchman was not shy about telling the German media that he saw big differences in the training sessions at Juventus and Bayern Munich, so he was asked to give a little more clarity on those comments.

“I am playing in training against some of the best strikers in the world. It was a little difficult at first, but day by day, you learn and improve. This is very important for me.

“Both training regimes are hard, but in Italy it’s more about tactics and systems, less intensity and above all less sprinting.

“I struggled a little at the start because I was not accustomed to the intensity level of the training at Bayern, but now I am in good shape.”