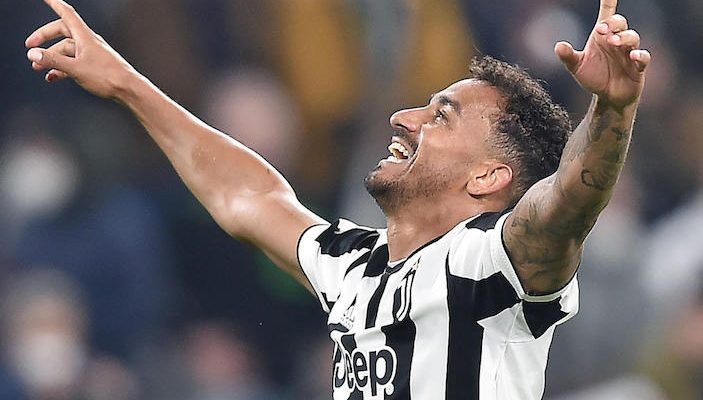 Juventus defender Danilo discussed Brazil’s World Cup ambitions, their biggest rivals and the participation of some of his Bianconeri teammates.

The 31-year-old is an experienced international for Brazil and has already made 46 caps for his country, taking part in one World Cup and a Copa America. The Selecao are one of the favourites for the upcoming tournament in Qatar and their squad also contains Juventus players Alex Sandro and Gleison Bremer.

Speaking in a press conference, Danilo first discussed the unusualness of the World Cup in Qatar.

“Everything is very strange in this World Cup, we’re trying to recover our strength because we never have time to disconnect, just play and recover. There’s no time for preparation, it’s a different experience but an interesting one to live.”

He commented on how it feels for Brazil to be favourites.

“We know the responsibility we have. But together with us there are selections of a very high level. It is undeniable that we are among the favourites but there are other teams with great players.”

The 31-year-old touched on his relationship with Juventus teammate Alex Sandro.

“We’ve been friends since 2010, I used to come and see him in Turin when I played for Real. It’s nice to play the World Cup with a friend like him. I’m happy and proud, he’s one of the family.”

Danilo also discussed his other Bianconeri teammates Dusan Vlahovic and Filip Kostic, both of whom will be competing against Brazil with Serbia at the World Cup.

“Vlahovic has incredible potential, he showed it at Fiorentina and Juventus. He is improving and is dangerous because he has personality.

“Kostic is very strong. He arrived in the last market and is entering the dynamics of Juve. He has an excellent cross and will be a weapon to neutralise. But it’s nice to meet them at the World Cup.”

He spoke about Brazil’s preparations for the tournament at the Juventus training centre in Continassa.

“A pride and a pleasure to have Brazil here, it has become my home. A fortnight ago I was here with Tite, I showed him the centre and the training grounds.

“If it had been possible I would have wanted to play already tomorrow, there is that feeling that never seems to come. We know that these days will be imprinting for us as preparation, to fix something that we still lack. But we’d like to start right away.”

He touched on how his Juventus experiences can help the Brazilian team.

“I’ve been saying for a while that since I arrived in Italy my way of defending has changed positively. This is what we can add to the Brazilian national team. There are many champions, people with depth and experience who have experienced everything.

“However, the interpretation of the matches and the ability to suffer, of which there is so much talk here at Juve, can be added to the national team.”

Finally, Danilo discussed Brazil’s chances at the World Cup and their greatest threats.

“France and Argentina for sure, two very strong teams that will definitely reach the final stages. We have important players, people who play in the best teams in the world and who make a difference every three days.

“When we take to the pitch with the national team shirt, we always have the feeling of being those children in Brazil who dreamed of going on the pitch and winning the World Cup and then embracing their families with the cup in their hands.

“We have this feeling, it gives us a strength you cannot imagine.”