Daniel Maldini must deal with pressure 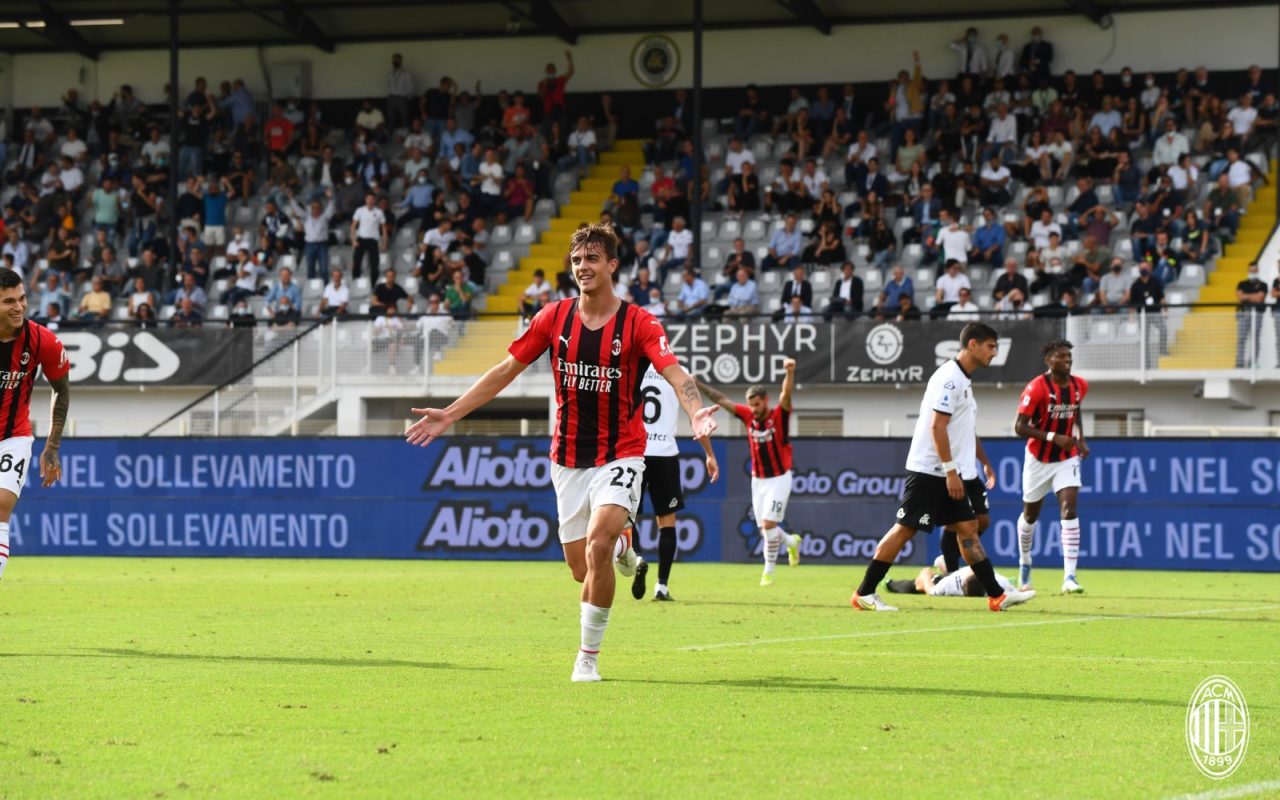 Rattling home a thumping header in his first Serie A start, young Daniel Maldini sets out to prove his worth and justify his spot on merit and not his family name, but he must deal with pressure now, writes Matt Santangelo.

The Maldini surname, synonymous with royalty in the city of Milano, Italy and wider world football, cannot be held in higher regard today. First, Cesare, born in the city of Trieste in northeastern Italy, birthed what would become a dynasty in Calcio lore forever, amassing over 300 appearances for Milan as a defender from 1954 to 1966 – winning four league titles and one European Cup, among many more to fill the trophy cabinet. Years after closing the curtains on his playing career, the Italian would go on to coach the Rossoneri to a European Cup Winners’ Cup and Coppa Italia in 1972-1973 and lead the Azzurrini to three consecutive UEFA European Under-21 Championships.

Between all of the various commitments to the sport, he would witness his legacy live on through his youngest son, a future legend in the making. Paolo, a dark-haired, crystal clear blue-eyed boy, would years later become a man, an icon, and the complete defender in two positions many consider to be the best of his kind.

But, perhaps more important than being Serie A’s current all-time leader in appearances, and for one club with 647 for Milan, the seven Scudetti, seven European Cups, five Italian Super Cups and four UEFA Super Cups was his professionalism, elegance, grace and universal respect gained over an illustrious career that embodied everything it meant to follow in the footsteps of his father as a Maldini.

Somewhere in the middle of his two-and-a-half decades at the top of his profession as a calculated tackler, consummate defender in the face of pressure, and unfaltering leader of the red and black, Paolo became a father himself to two boys, Christian and Daniel.

Like it or not, the latter now faces the difficult challenge of living up to the legacy of this royal Milan family.

Born in 2001, young Daniel had red and black DNA embedded in his generic makeup from the very beginning, just like his father and grandfather. Similarly to his two guardians, the boy showed off the tackling ability that runs in the family when a video of Daniel cutting down legendary midfielder Clarence Seedorf in his tracks went viral more than a decade ago, perhaps as a sign of things to come.

However, unlike Cesare and Paolo before him, Daniel’s natural progression took him in a different direction further up the pitch. A forward player adept at playing in a variety of roles across the front, the Italy U19 talent is best suited in a playmaking role where he can get on the ball to create, dribble and score, evident in his 13 goals for the U17 squad in 2017-18 season and an additional 10 for the U19s in a collectively rough 2018-19 for the Primavera.

In an increasingly competitive side with depth in abundance, the opportunity to take the training wheels off and show what he is capable has been hard to come by. Since making his senior debut in February 2020 off the bench vs. Verona, Daniel has only been sprinkled into various summer friendlies and in relief for some minutes late in matches.

After making his UEFA Champions League debut earlier this month at Anfield against Liverpool for a brief moment, Stefano Pioli finally handed the 19-year old his very first highly-anticipated Serie A start this weekend away to Spezia.

From the onset, Daniel demonstrated some good technical traits, getting on the ball to dribble and plunge forward to stir up chances in the final third. A bit of inexperience showed, but there was confidence and desire to make an impact. Shortly after the second half whistle sounded, it arrived in a dramatic fashion. Swinging possession over to Pierre Kalulu on the right-hand flank, the Frenchman delivered a cross into the box which was met with a thumping header by Maldini to open his account, lifting Paolo from his seat. “Paolo’s emotion was beautiful,” said former teammate and DAZN analyst Massimo Ambrosini.

“I have never seen him cheer like that even after one of his own goals. I do not think it is easy to manage the presence of a son in a team.”

Pioli pulled off Daniel roughly ten minutes later for Ismaël Bennacer, grasping tightly to a narrow lead that would soon evaporate. Fortunately, the insertion of Brahim from the bench proved crucial in providing the decisive moment for Milan to recapture and
successfully seal the 1-2 victory.

“I am very happy with the goal, it was a strong emotion,” Daniel expressed after the final whistle. “Luckily, we took home the three points.”

Curiosity filled the football world as the third Maldini officially set out to honour the family name. But as much as the Italian media will now look to control the narrative regarding his ceiling and the heights he could potentially reach, Daniel would need to grow without the pressures of carrying the baton as the third-generation Maldini.

It would be the best scenario for every youth entering the big stages in football. But nowadays, it’s almost impossible for every emerging talent, let alone if the surname is Maldini.