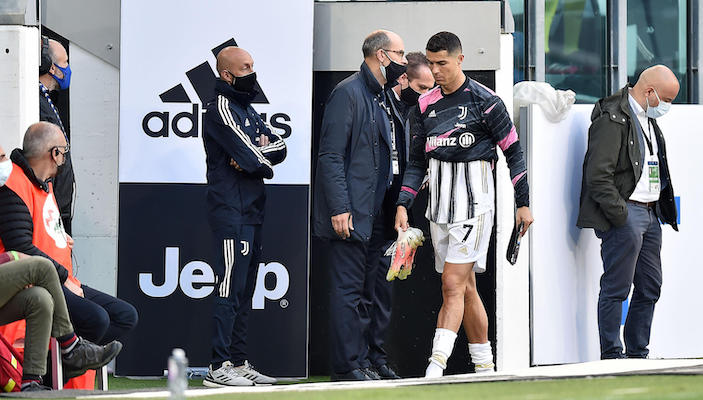 Cristiano Ronaldo reveals he thought about retiring when he was playing for Juventus ‘if Leo Messi had won the Ballon d’Or.’

French journalist Thierry Marchand has published a biography of the ex-Juventus forward featuring nine exclusive interviews with the Portugal superstar who is preparing for his fifth World Cup.

In one of those interviews, Ronaldo discussed his time at Juventus and, of course, his rivalry with Leo Messi.

“It’s so easy to stay in your bubble when you’re successful, not to leave your comfort zone,” he said.

“I dared to come to Turin, to change club, league, football culture. I put myself in danger. I took this risk which I am sure caused me to lose the Ballon d’Or.

Ronaldo had won his fifth Champions League at Real Madrid before his move to Juventus in 2018 and was one of the leading candidates for the Ballon d’Or that year.

However, his former teammate Luka Modric was eventually named the best player in the World for 2018, with Ronaldo finishing second.

Leo Messi has won the Ballon d’Or twice since, first in 2019 and then in 2021. The Argentinean star won the award seven times, against Ronaldo’s five.