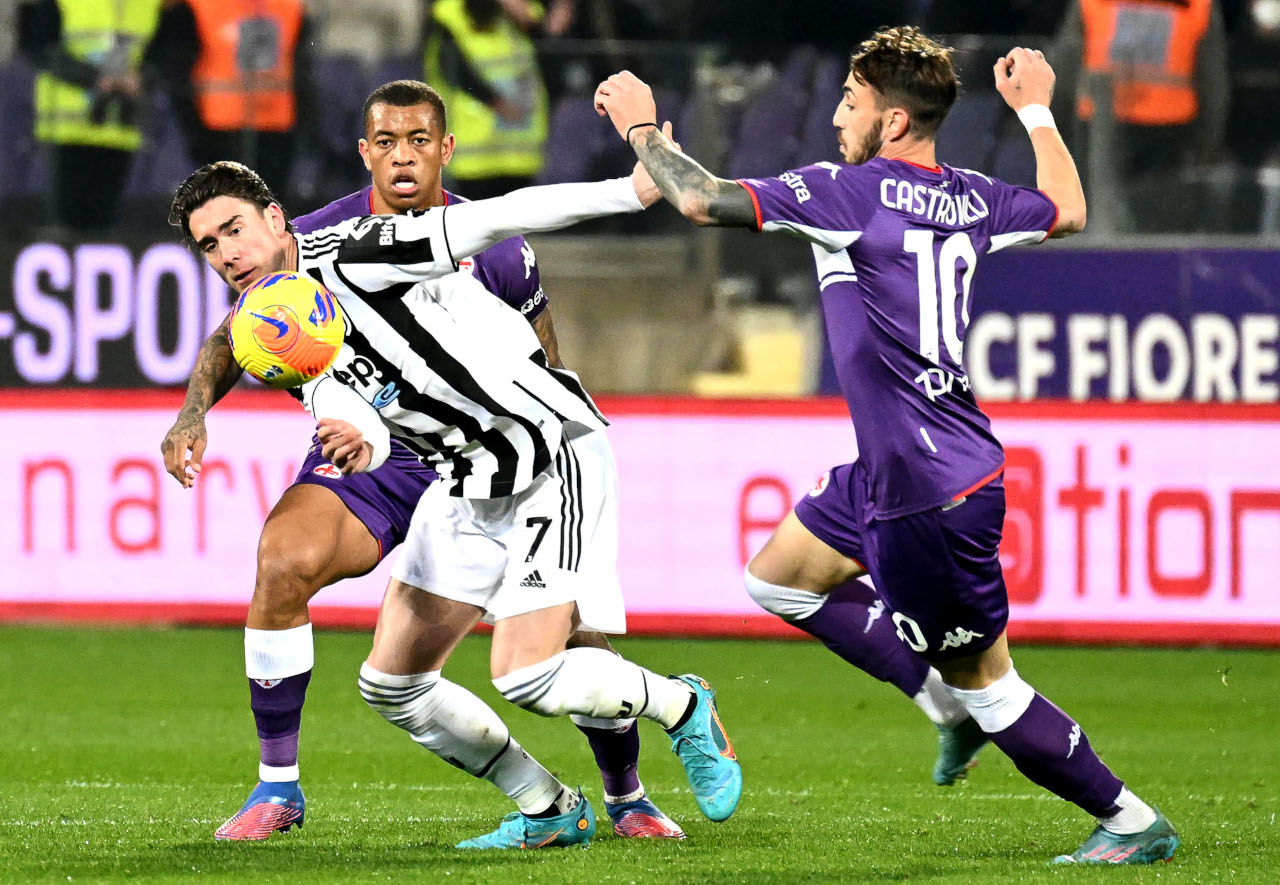 Join us for all the build-up and action as it happens from the first leg of the Coppa Italia semi-final, as Dusan Vlahovic returns to the Stadio Franchi to face Fiorentina wearing the Juventus jersey.

It kicks off at 20.00 GMT and the away goals rule does qualify at this stage, with the second leg expected in late April.

Sign-up to Premier Sports now to watch Fiorentina vs. Juventus live in the Coppa Italia and use code FOOTBALLITALIA to get your first month for only £4.99. Signing up today would not only let you see Fiorentina vs. Juventus, but also the second leg of the Milan derby on the other side of the bracket, and the rest of what Premier Sports has to offer, including live La Liga action.

This has always been a bitter rivalry between the two clubs, which only intensified after Vlahovic pushed through his transfer to the Bianconeri in January.

In the 14 Coppa Italia meetings so far, the Viola have won six, drawn four and lost four.