Conte cryptic about Ndombele ahead of North London derby 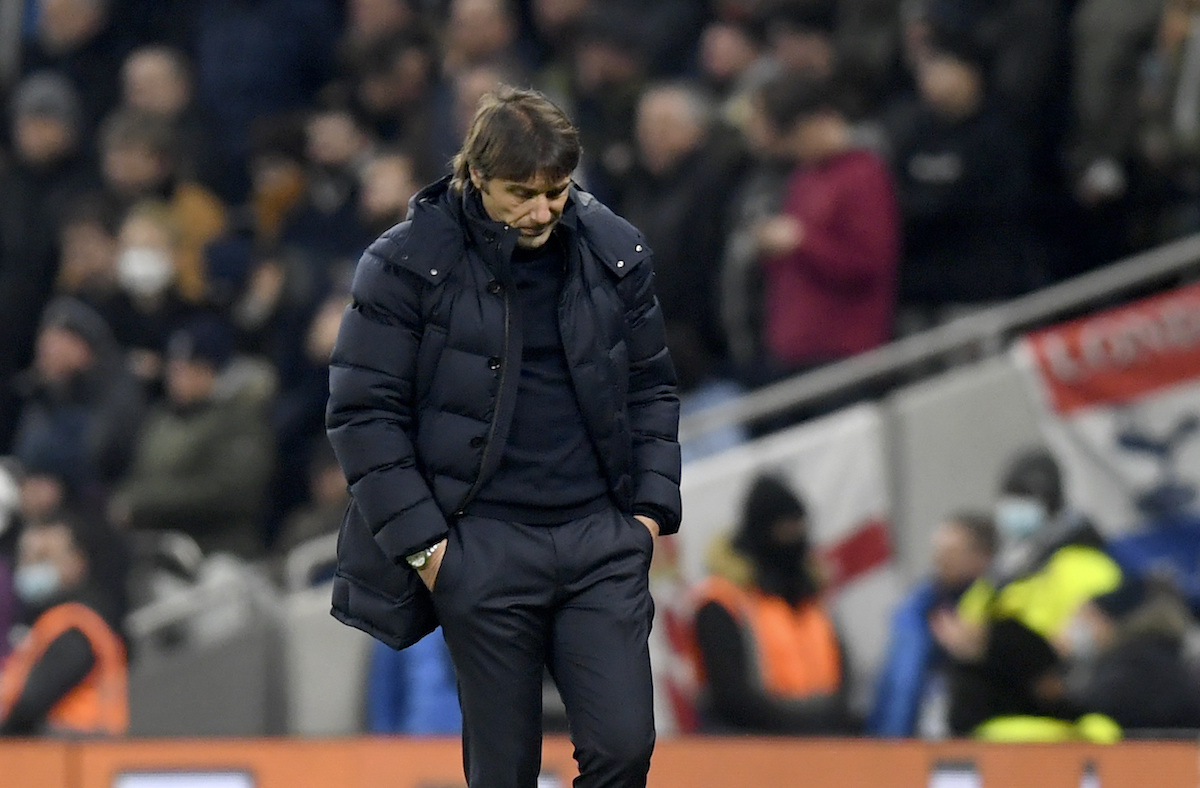 Antonio Conte was cryptic when asked about Tanguy Ndombélé’s future in a press conference today ahead of the North London derby.

The 25-year-old Frenchman has fallen out of favour with the Italian coach this season and now his departure seems inevitable, if the right offer arrives. Roma are one of the clubs reportedly keen on signing the midfielder, with Jose Mourinho personally speaking to him on the phone to try and convince him of the move.

Speaking to gathered reporters in a press conference, Conte first provided an update on his squad and the current situation.

“As you know very well, we have many, many injuries and then there is always the COVID situation everyday, that you have to check.

“Sometimes you find a surprise, but we are preparing for the game against Arsenal. I think in this moment, all the teams are suffering injury problems, COVID situation, and international competition, and Tottenham the same.

“You know very well, you have seen the bench, our bench during the game against Chelsea. I can understand that we are in a moment where we have to try to recover very soon the players that are injured.”

He gave his thoughts on Steven Bergwijn amidst his links with Ajax.

“Steven Bergwijn, for example, is a player that has recovered from his injury. He had two training sessions with us. For sure he is not 100% fit in this moment, but I needed him to come on the bench, to stay with us.

“I asked him his availability for the game against Arsenal, because for me he’s an important option after Son was injured. In this moment we have only two strikers, Harry and Lucas, and then there is Bergwijn, and then also there is Scarlett, he is also recovering from an injury.”

Conte then discussed the future of Ndombele and if he’ll leave in this month’s transfer window.

The Italian coach spoke about Arsenal and if they’re at the same level as Spurs.

“Honestly, I want to play the game and to understand very well. I think that they’re working, they’ve started to work and to build something important.

“They had more time than us and Arteta has the possibility to work with the players for a couple of years. Also to go in the transfer market.

“I think they’re doing a good job in this moment but maybe for this reason they’re ahead in the project than us because they have started before us with the same coach. Now they’re having good results.

“Arsenal is a really good team, but we want to understand, to play this type of game and we want to know how much we’re improving from the last period.”

He explained why he decided to accept the Tottenham job.

“I decided to accept this job because to work in this environment, to work in a modern club is good I think for every coach.

“Then, as you know very well, I said this maybe in the last press conference, when you’re outside you can imagine the situation no?

“Then, when you’re inside the situation, you can understand every aspect very well. Now, I repeat, it’s time to work. I made my evaluations about the situation, but now I think no words but facts. We have only to work to try to improve the situation that I have found here.”

Conte commented on if he’ll see out his contract with Tottenham.

“You know very well that I signed a contract and we agreed, Tottenham and I, the length of the contract. I think was good for me to see the situation and for the club to understand the coach they’re going to work with. Now, I repeat, I’m enjoying my time in Tottenham.

“I found a fantastic atmosphere, a great stadium, a great training ground, our fans are incredible because they always back us from the start to the end, and I’m enjoying my time in Tottenham. For sure, we want and I want to improve the situation. I think all the people, we want and deserve much more than this.”

Finally, Conte responded to the suggestions that he has been more quiet and less energetic in recent matches.

‘I don’t think so. You have to ask the referee or fourth official if I was calm against Chelsea! He would be surprised by this question.

“For sure, during my management I have to try to see when I stay calm the answer of all my players. This is a strategy. I can drive the car but sometimes the driver can stay seated and calm.

“It’s part of the process to give more responsibility to my players. If I want to force myself to live the game in another way, it’ll be very, very difficult, but sometimes I have to stay seated and leave my players to make the best decision and face the game during the difficulties.

“It’s part of the process to improve their responsibility during the game. For sure, I’m very strong and I’ll be very strong towards the end of the season.”

Every word Antonio Conte just said on the new Covid case at Spurs, Eric Dier's injury, seeing out his contract at the club, Arsenal and more. https://t.co/D4JLKcROM6 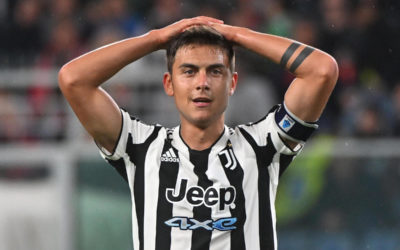 While Inter remain the favourites for Paulo Dybala’s next destination after leaving Juventus, intriguing reports suggest Jose Mourinho is trying to...

END_OF_DOCUMENT_TOKEN_TO_BE_REPLACED 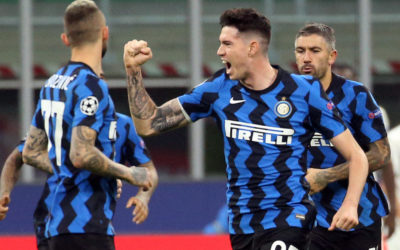 According to the Gazzetta dello Sport, Inter have already turned down a €60m offer from Manchester City for Alessandro Bastoni, but the bid could...

END_OF_DOCUMENT_TOKEN_TO_BE_REPLACED 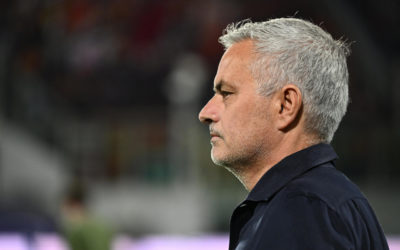 Europa and Conference League race goes down to the wire

Lazio have already qualified for the Europa League, but Roma, Fiorentina and Atalanta are all within one point going into the final round. The...

END_OF_DOCUMENT_TOKEN_TO_BE_REPLACED 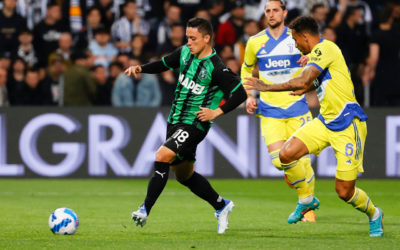 Sassuolo assure Milan and Inter they will fight for ‘best result’

Giacomo Raspadori and Sassuolo director Giovanni Carnevali warn Milan will not face an easy route to the Scudetto. ‘We want the best possible...

END_OF_DOCUMENT_TOKEN_TO_BE_REPLACED 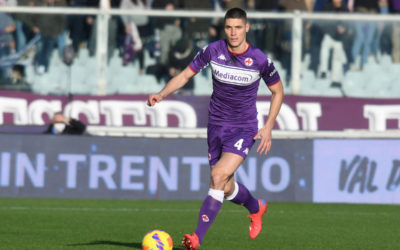 Former Italy defender Pietro Vierchowod insists Fiorentina centre-back Nikola Milenkovic is ‘not good enough for Juventus,’ though he is also of...

END_OF_DOCUMENT_TOKEN_TO_BE_REPLACED 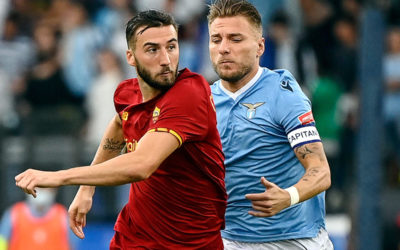 Milan are reportedly eager to bring Bryan Cristante back to San Siro from Roma this summer, as his past in their youth academy would have extra...

While Inter remain the favourites for Paulo Dybala’s next destination after leaving Juventus, intriguing reports suggest Jose Mourinho is trying to...

END_OF_DOCUMENT_TOKEN_TO_BE_REPLACED

According to the Gazzetta dello Sport, Inter have already turned down a €60m offer from Manchester City for Alessandro Bastoni, but the bid could...

END_OF_DOCUMENT_TOKEN_TO_BE_REPLACED

Europa and Conference League race goes down to the wire

Lazio have already qualified for the Europa League, but Roma, Fiorentina and Atalanta are all within one point going into the final round. The...