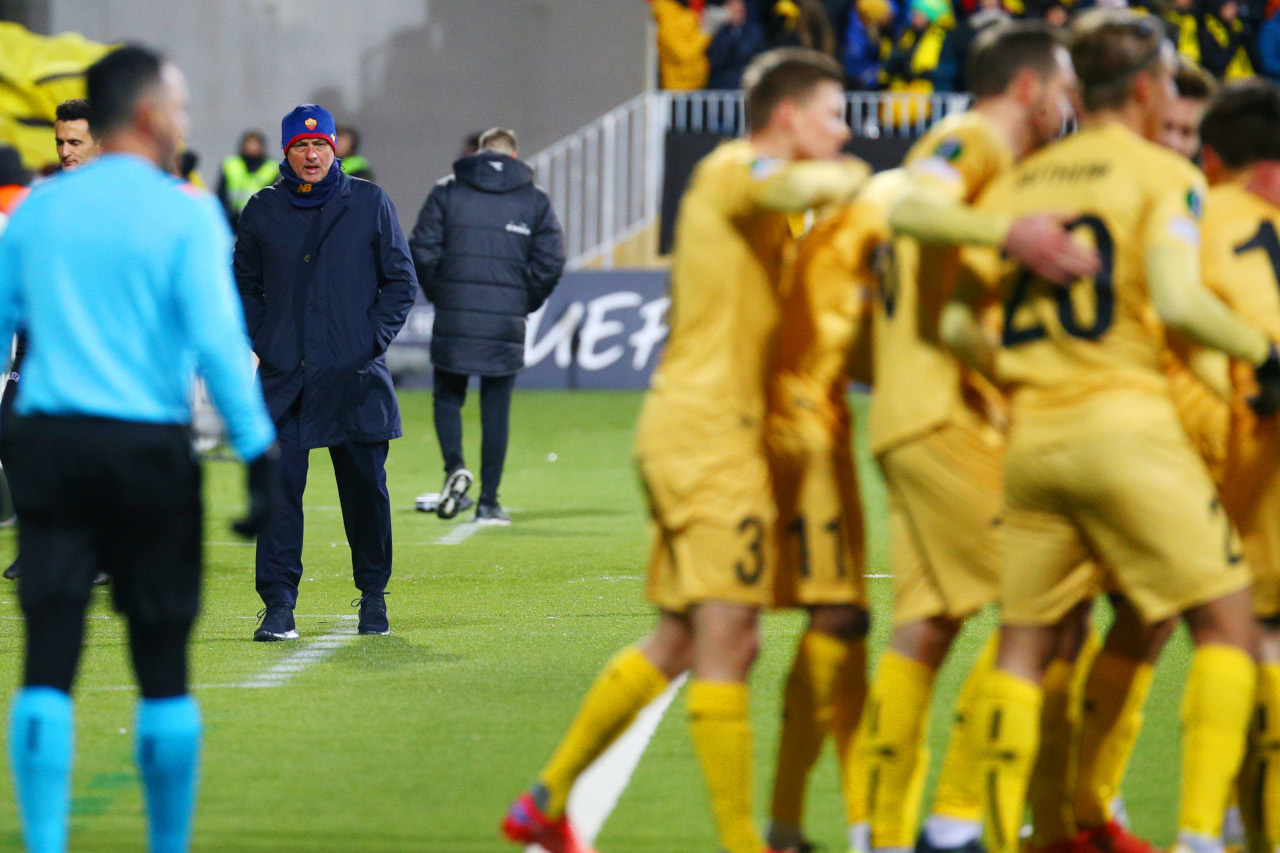 Jose Mourinho suffered one of the worst defeats of his entire career, as Roma were incredibly humiliated 6-1 by Norwegians Bodo/Glimt in the Europa Conference League.

The Giallorossi wanted to maintain their perfect record in the Conference League, but also rested numerous players, especially on a synthetic turf in Norway. Bryan Reynolds and Borja Mayoral got their first starts of the season.

The hosts broke the deadlock with the first real chance, a lovely passing move that saw Erik Botheim complete a give-and-go with Sondre Brunstad Fet to slice the Roma defence in two.

It was almost 2-0, Rui Patricio alert to parry a Morten Konradsen strike from close range, then Mayoral’s first touch let him down running onto the Roger Ibanez assist.

Patrick Berg smashed a ferocious finish into the top corner from outside the box, but the Roma press was non-existent.

Carles Perez had a snapshot from distance, then got a goal back, a great first touch to control the Amadou Diawara ball over the top and keep his cool in sweeping past the goalkeeper.

Amahl Pellegrino threatened a third goal for the hosts on the stroke of half-time, his diving header flashing wide.

Jose Mourinho was clearly unhappy at the break and made a triple substitution, but it didn’t do much good, as Bodo/Glimt restored their two-goal cushion.

Alfons Sampsted did well to dribble to the by-line and manage to pull back for Botheim to tap in unmarked from seven yards.

Ola Solbakken’s strike stung Rui Patricio’s gloves and he got the fourth goal after comfortably sprinting away from Marash Kumbulla to dink it past the goalkeeper.

It went from bad to worse, as the Roma players looked like they were running through treacle and were so slow to react when losing possession. Bodo/Glimt hit a one-two in the space of 94 seconds, first Pellegrino springing the offside trap on a Botheim through ball, then returning the favour for Solbakken’s second.