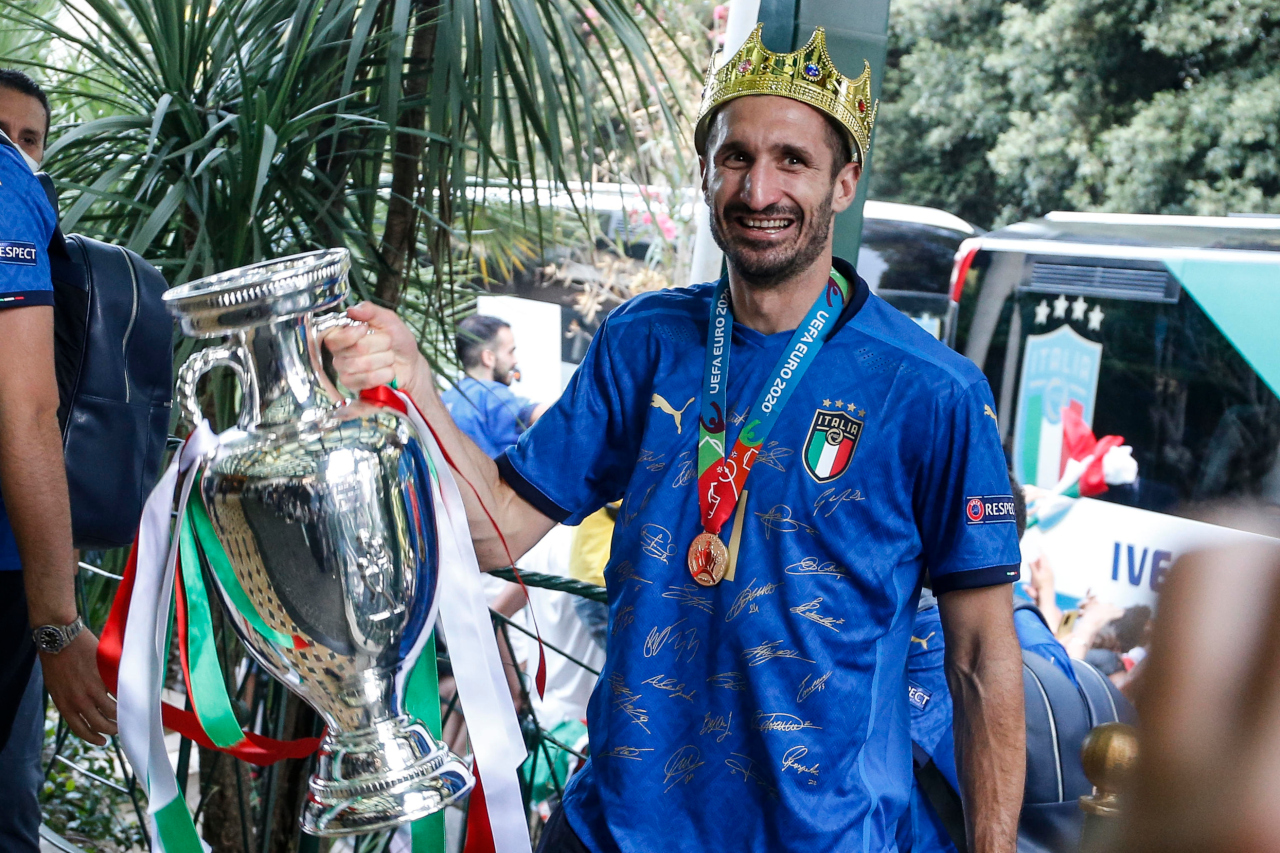 Giorgio Chiellini’s agent insists Juventus ‘have not discussed’ a new contract, as currently the UEFA EURO 2020 winner is a free agent with no intention of retiring.

The centre-back turns 37 next month and captained the Azzurri to their triumph in the European Championship at Wembley Stadium on Sunday.

However, his contract with Juve expired on June 30 and most people assume he’ll pen an extension in Turin, but it hasn’t happened yet.

“Giorgio went to the Euros and focused exclusively on that. There’s no problem with Juventus, we said we’d meet up later in the summer, but we haven’t yet sat down to discuss a renewal.”

The representative was asked what Chiellini would do if a big European club stepped forward to make him an offer.

“They’d have to make the offer first. As of today, there is nobody. We are waiting for Juventus to tell us when we can sit down and have a chat.”

It’s safe to say that retirement is not on the veteran defender’s mind, especially with the 2022 World Cup coming up.

“Thinking of Chiellini away from the playing field at this moment is madness. What he did after tearing his anterior cruciate ligament is incredible. What fuels him is passion and we saw in the Euros that the passion is still strong.

“He was a symbol of Juventus for many years and we are waiting for a club. Nobody has called, but I wouldn’t be surprised if they did, as he’s the only free agent in the Italy squad now.”