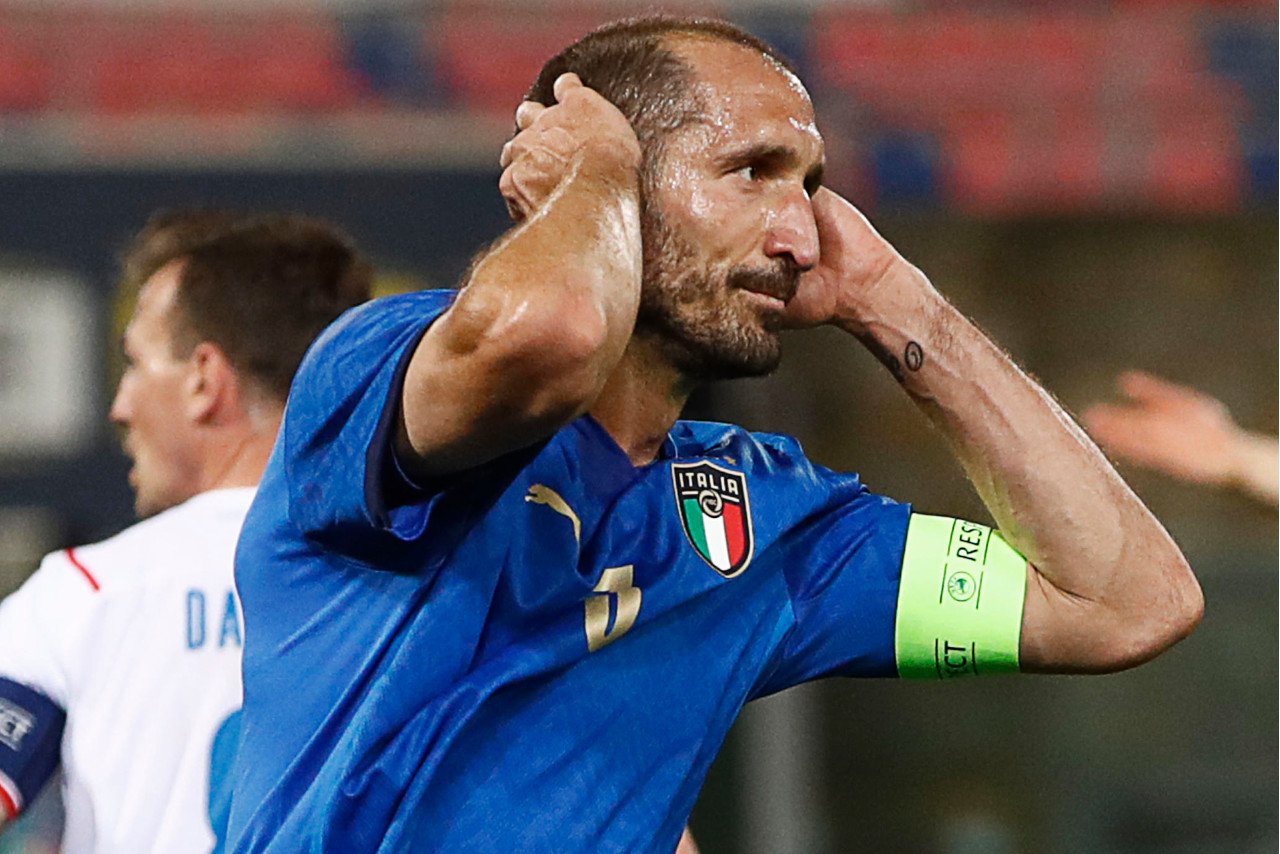 Giorgio Chiellini admits he thought Roberto Mancini was ‘crazy’ to talk about Italy winning UEFA EURO 2020, but he’s ready for Harry Kane and an England side that is ‘not easy on the eye, but solid.’

The Final kicks off at Wembley on Sunday at 20.00 UK time.

This is a remarkable run of 32 games unbeaten for a side that failed to qualify for the 2018 World Cup when Roberto Mancini took over.

“It is a dream that we cultivated over three years and the coach drilled it into our heads until it became a reality,” Chiellini told RAI Sport.

“When he told us at the start to think about winning the Euros, we thought he was crazy, and yet we are right there on the verge and just one centimetre away from the trophy.”

All the Group of Death teams went out by the Round of 16 and Italy had a much tougher road to the Final, although not quite the one Chiellini was expecting.

“We thought that we’d be facing France rather than Spain in the semi-final, as they were the big favourites, they had all the quality needed and international experience. I thought France were a step above the rest, so I had assumed our path towards the Final would be Belgium, France and England.

“I immediately thought England would be a serious candidate to win the Euros. They have quality and physicality, are solid and organised. They might not be easy on the eye, but they are hard to beat.

“They reached the semi-final at the World Cup, plus it was predictable England would be in the Final of the Euros, as they played six out of seven games on home turf.”

Spain gave Italy the biggest problems in the semi-final because they played without a centre-forward, trying to leave no reference points for the Azzurri defence, but England have Kane as a very clear figure upfront.

“Kane is a player I have always liked a great deal,” continued Juventus defender Chiellini.

“I remember one of his first internationals in Turin and he immediately made a good impression on me. We’ve been fortunate enough to play against Tottenham, so I know him well.

“England aren’t just Kane, though, as they also have exceptional players attacking down the wings. Their bench alone could win the Euros, as yesterday they had Jack Grealish, Jadon Sancho, Marcus Rashford, Dominic Calvert-Lewin and Phil Foden.

“It’s going to be a great game of football, neither side will be afraid and we’ll both respect each other.”