Chiellini considered retiring: ‘The European Champions kept me on my feet’ 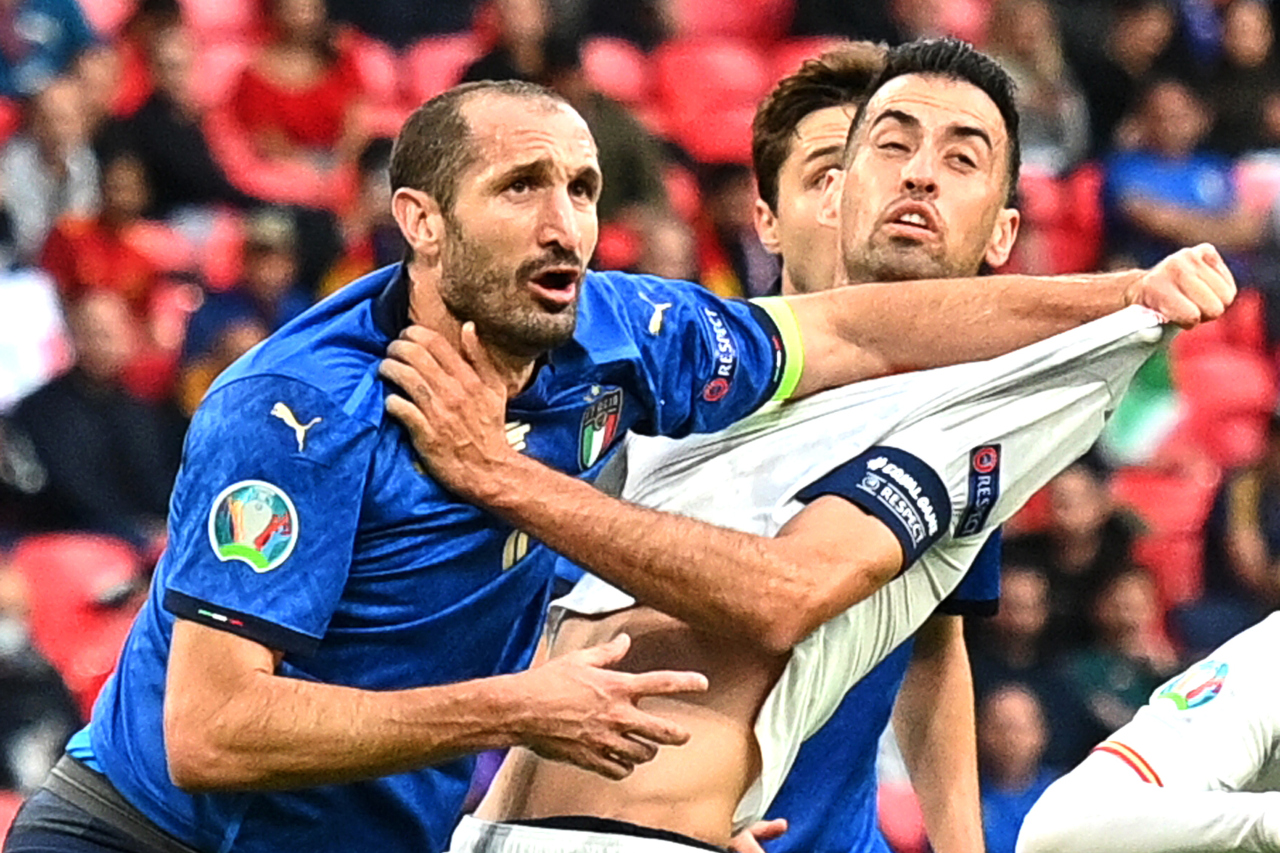 Juventus captain Giorgio Chiellini revealed he considered retirement but the ‘desire’ to play EURO 2020 kept him going. ‘I went through a hard time’.

Chiellini suffered a serious injury on the first day of the 2019-20 campaign and was not available for Maurizio Sarri until the end of the season. The Bianconeri then went through a difficult campaign with Andrea Pirlo at the helm and the veteran revealed he struggled to find the rhythm.

When the Italy captain returned to the fold, football had stopped due to the coronavirus pandemic and the 37-year-old revealed he considered stepping away from the pitch.

Chiellini: ‘I knew Bonucci’s move to Milan was a mistake’

“I went through a hard period after the injury,” Chiellini told DAZN. “I returned after six months and shortly after the COVID outbreak and I struggled to find the right balance for almost a year.

“The thought of retiring entered my mind, but it was the European Championship that kept me on my feet and the desire to be there at all costs.”

His future was uncertain after the success with the Azzurri this summer too, but Chiellini eventually signed a deal until June 2023 at the Allianz Stadium.

He revealed Max Allegri’s return was important for Chiellini to stay put and pointed at the impact both him and Antonio Conte had on his career.

“He and Conte were the most important coaches of my career, despite being so different but united by being successful,” Chiellini added.

“From them, I learned to overcome obstacles through work ethic and to face challenges with some ease.

“Allegri? He seemed very excited [to return]. It’s a certainty for Juventus’ next years. He’s a guarantee of continuity and what it means to be at Juventus.”

And the defender relived the emotions after the win at Wembley in the EURO 2020 Final this summer.

“The emotions are incredible, and we relive them every time we review the images and find ourselves at Coverciano,” Chiellini added.

“The wins must be enjoyed the right way but then we immediately think about the next target and now we must qualify for the World Cup.

“The emotions, however, remain and they will be with you forever. I think of the hugs with [Manuel] Locatelli during the penalties, they are unforgettable moments that we will tell our Grandchildren in 20 years.”