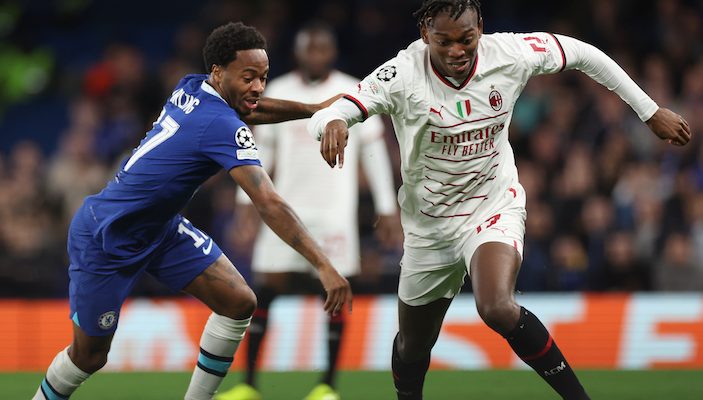 Milan seek revenge against Chelsea with Theo Hernandez back and Brahim Diaz in his new wider role, while Jorginho and Kalidou Koulibaly start at San Siro.

You can follow all the build-up and action as it happens from this game and Maccabi Haifa-Juventus on the LIVEBLOG.

The Rossoneri were beaten 3-0 at Stamford Bridge last week in the middle of an injury crisis, but recovered in Serie A to defeat Juventus 2-0 on Saturday.

Theo Hernandez was available again after missing the London trip and the other change was Stefano Pioli shelving the 4-2-3-1 formation in favour of a 4-3-3.

This allows Rafael Leao and Brahim Diaz to take even wider roles supporting Olivier Giroud, while Rade Krunic bolsters the midfield rather than Tommaso Pobega.

Rather than Sergino Dest, Milan shift Pierre Kalulu to right-back and give Matteo Gabbia a chance in central defence.

Wesley Fofana scored in London, but he is out injured along with N’Golo Kante and Hakim Ziyech.