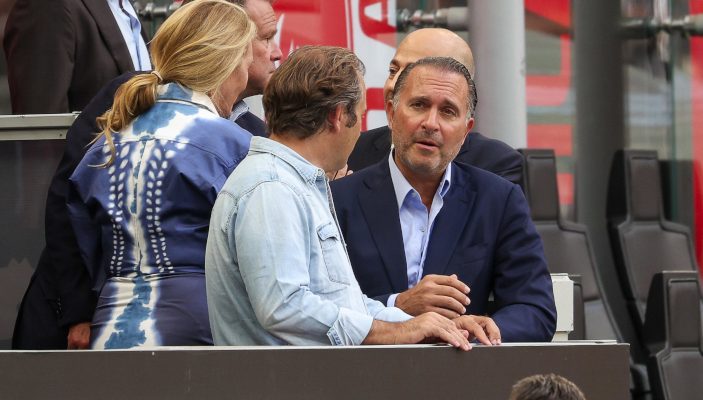 New Milan owner Gerry Cardinale, the founder of investment firm RedBird, discussed the club’s takeover and the differences in revenue between Serie A and Europe’s top leagues.

The Rossoneri were previously owned by Elliott Management and were taken over by RedBird in a deal agreed earlier this year, which saw the investment firm pay €1.2 billion. Milan won the Scudetto last season under Stefano Pioli and have finally returned to the upper echelons of Italian football after a difficult decade.

Speaking at the Leaders Week sports business conference, Cardinale first discussed the differences in revenue generated by Serie A and the top leagues in Europe.

“I just don’t think there should be a three to one differential between media revenues across the EPL, LaLiga, and Serie A.

“I don’t look at a team without looking at the ecosystem that it’s in. And I see a tremendous embedded value and value trajectory both for Milan and Serie A.

“And the way we’re thinking about it is that our activities in building Milan back to where it was should have a derivative effect in helping raise everything for Serie A.”

The RedBird founder then commented on the firm’s €1.2 billion takeover of Milan.

“Milan, in my view, is one of the most exciting things that we’ve done, I think Milan is a sleeping giant. I think we bought it well, I think that if you look at its position globally as a brand in European football, it’s one of the big ones.

“And it’s under-monetised. If you look at the differential in England and Spain and LaLiga with Serie A, there’s a tremendous opportunity here to further work our way into the money on Milan and Serie A in general.

“So our interest in Milan was really about Milan as a brand and what we could do with it. And it was also about Serie A and what we think the possibilities are for that as a league.”

Milan fans are hoping for regular transfer market investment as the team look to maintain their momentum after last season’s Scudetto success. The club had a relatively quiet summer, only investing heavily in Club Brugge talent Charles De Ketelaere.

4 Comments on “Cardinale: ‘Milan are a sleeping giant, we bought well’”