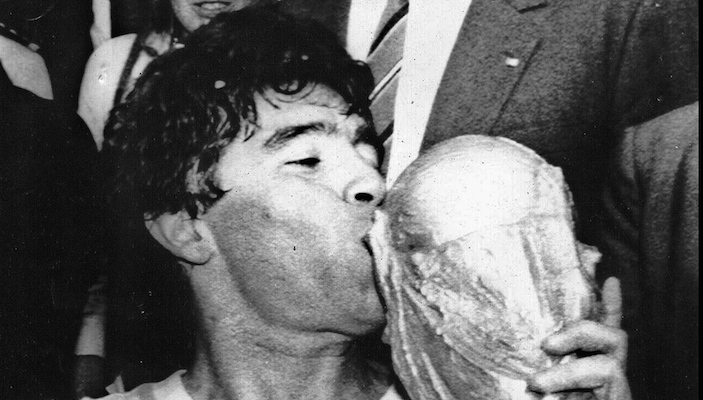 Former Roma and Argentina forward Claudio Caniggia discussed his relationship with Diego Maradona and the Napoli legend’s doping ban at the 1994 World Cup.

Maradona is a club legend for Napoli after his seven years with the club, who he guided to two Scudetti, a Coppa Italia and a UEFA Cup. The Argentinian forward left the Partenopei in 1991 and had a tough few years before making a sensational return to his national team for the 1994 World Cup, where he scored a goal against Greece before being suspended for doping.

Speaking to Corriere dello Sport, Caniggia first discussed the death of Maradona and his relationship with the Napoli legend.

“I learned of his death by reading an online newspaper. At first I thought of the usual rumour, punctually denied, Diego is sick, he is in a coma, he is dead, no, he is not dead yet.

“Then I realised it was all unfortunately true. We had spoken two months before, I don’t want to be presumptuous, but I think I was the closest teammate to him.”

He then reflected on Maradona’s doping ban at the 1994 World Cup and how the former forward reacted.

“He was devastated, I managed to get into his room to hug him. A few, very few words. Diego was crying, I was crying too.

“He felt betrayed, physically he was at the top, in Boston he had trained twice a day. He had taken that product thinking it was vitamins. To be clear, Diego did not need to take drugs to play better.”

Maradona did not retire after his suspension and spent three seasons with Boca Juniors before hanging up his boots in 1998. He was famously the Argentina coach for the 2010 World Cup, where he and his team were eliminated by Germany in the quarter-finals.