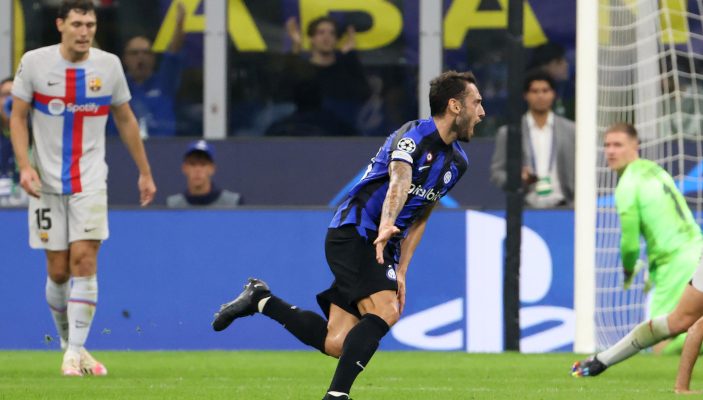 Hakan Calhanoglu thanks Inter fans after his winning goal against Barcelona in the Champions League, hoping it can ‘change our season.’

The Turkey international had not scored in the Champions League for five years, since his days at Bayer Leverkusen in September 2016, yet he was the hero who found the net with a low drive into the near bottom corner from outside the box.

“It was very important that we get the win tonight, we had to send a signal above all to the fans, who are always close to us,” Calhanoglu told Sport Mediaset.

“They gave us a big hand this evening, we proved that we deserved the victory. This game can really shake us up and change our season, because we want to build on it.

“As for qualification, we’ve got to stay calm and take it one game at a time.”

That result puts Inter in pole position to reach the Round of 16, although they face an even tougher trip to Camp Nou next week.

It was a dire period for Simone Inzaghi’s men after losing four of their last six Serie A games, whereas Barcelona were coming off a run of six consecutive Liga victories.

4 Comments on “Calhanoglu: ‘Win over Barcelona can change Inter season’”