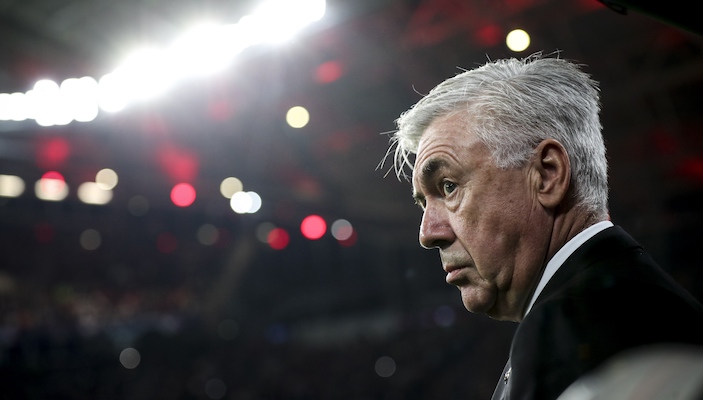 The former Brazil international, the only player to have featured in three World Cup Finals, spoke about his national team in an interview with La Gazzetta Dello Sport.

Brazil’s hopes in Qatar also depend on Real Madrid star Vinicius Junior who has had an impressive development over the last year and a half.

The Brazilian star scored the winner in the Champions League Final against Liverpool last season and Gazzetta asked how important Ancelotti has been for the development of the Brazilian star.

“A lot, Carlo’s ability to develop young players is incredible. He made him understand how to play, not on his own, but more for the team,” said Cafu who was also coached by Ancelotti at Milan almost 20 years ago.

Cafu won the Serie A title twice, once with Roma and once with Milan and lifted the World Cup with Brazil twice in 1994 and 2002, losing in the Final against France in 1998.

Former Italian coaches Arrigo Sacchi and Fabio Capello picked Trent Alexander-Arnold as the best right-back in Qatar, but the Liverpool defender isn’t getting playing time under Gareth Southgate at the World Cup.

“I don’t understand why. He has everything: quality, dribbling, pace, but it’s always the same story, they say you are not defensive enough and you remain out,” said Cafu.

“Somebody used to say the same about Roberto Carlos and me, but I think we won something…

“Unfortunately, full-backs are too robotic these days, they get the ball, pass it, and run, I don’t see movements without the ball and no one-two passes.”

Cafu played 282 games in Serie A and 55 in the Champions League, winning the Cup With The Big Ears in 2006-07 with Ancelotti in charge.

3 Comments on “Cafu: ‘Ancelotti crucial for Vinicius, why Alexander-Arnold doesn’t play for England’”