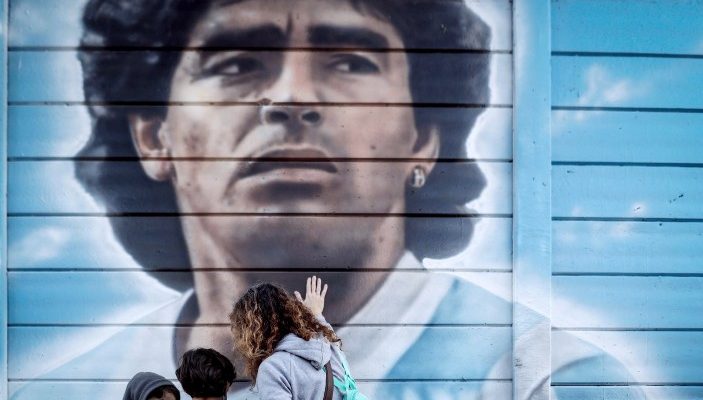 Argentina legend Jorge Burruchaga recalls his last meeting with Diego Armando Maradona and appears to aim a dig at Cristiano Ronaldo: ‘Over the last 40 years, the Good Of Football has been Argentinean…’

Burruchaga scored the winner in the 1986 World Cup Final won by Argentina against Germany 3-2. Maradona was the undisputed star of that team and delivered a brilliant assist for Burruchaga’s decisive goal.

“Diego was angry after Germany’s equaliser and told us a few things…We were up by two goals, I am not saying it was an easy match, but we had it in hand,” the ex-Argentina star told Gazzetta.

“Diego saw an upset Jorge Valdano [after Germany’s equaliser], but told him: ‘No worries, we are going to win this.’ And he made us win. After my goal, he celebrated and looked to the sky. I was so proud to see him happy thanks to my strike.”

Maradona died exactly two years ago in his home in Tigre, Argentina.

“The last time we spoke was a couple of months before his passing,” recalled Burruchaga.

“We reunited when I returned to Argentina to coach Gimnasia La Plata. I can’t say we were close friends, perhaps we had a closer bond on the pitch than off it, but we respected each other after a long path together.

“This is the first World Cup without him and you can feel it. He is a unique legend, football lost its more valuable treasure, but I can feel his presence here among us, and I am not being rhetorical.”

Argentina lost their debut game at Qatar 2022 and their next match against Mexico is already crucial for their future in the competition. Burruchaga doesn’t seem to agree with all the choices made by coach Lionel Scaloni and said that he would have called Napoli striker Giovanni Simeone for the World Cup.

However, all the pressure is on Leo Messi who will play at a World Cup for the last time in his career. What does he have in common with Maradona?

“They are not comparable, the eras are too different,” admitted Burruchaga.

“Diego was more charismatic off the pitch, but only one thing counts, over the last 40 years the God of Football has been Argentinean and Messi would deserve the World Cup to crown an extraordinary career.”

Will he give any advice to Messi?