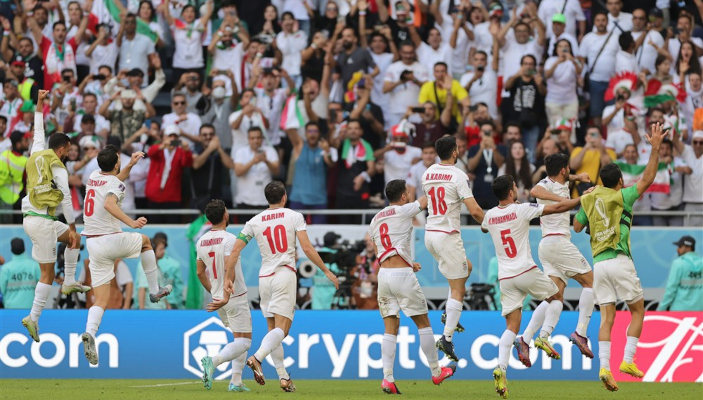 Italy legend Gianluigi Buffon sent a heartfelt message to the Iran players after their World Cup win over Wales and protest against the regime. ‘You will be remembered for your courage.’

The squad had refused to sing the national anthem ahead of the opening match against England, earning applause from the crowd and genuinely risking violent repercussions back home.

“You will be remembered for your courage,” wrote 2006 World Cup winner Buffon on social media.

“This win is a sign of hope and strength for those in your country who are fighting for freedom. For many people you are heroes, for me an example.”

Although they did sing today before the 2-0 victory over Wales, there was a stark reminder of exactly what they are standing up against.

Former Iran international Voria Ghafouri was arrested on Thursday at training with his team and accused of ‘tarnishing the reputation of the national team and spreading propaganda against the state.’

That was seen as a warning for the players currently at the World Cup in Qatar, who had spoken in favour of their people who for months now have been protesting against the regime following the death in custody of 22-year-old Mahsa Amini.

She had been arrested for the ‘crime’ of not covering her hair adequately in public.

Security forces were also spotted confiscating an Iranian shirt with Amini’s name on it from a woman in the stands.