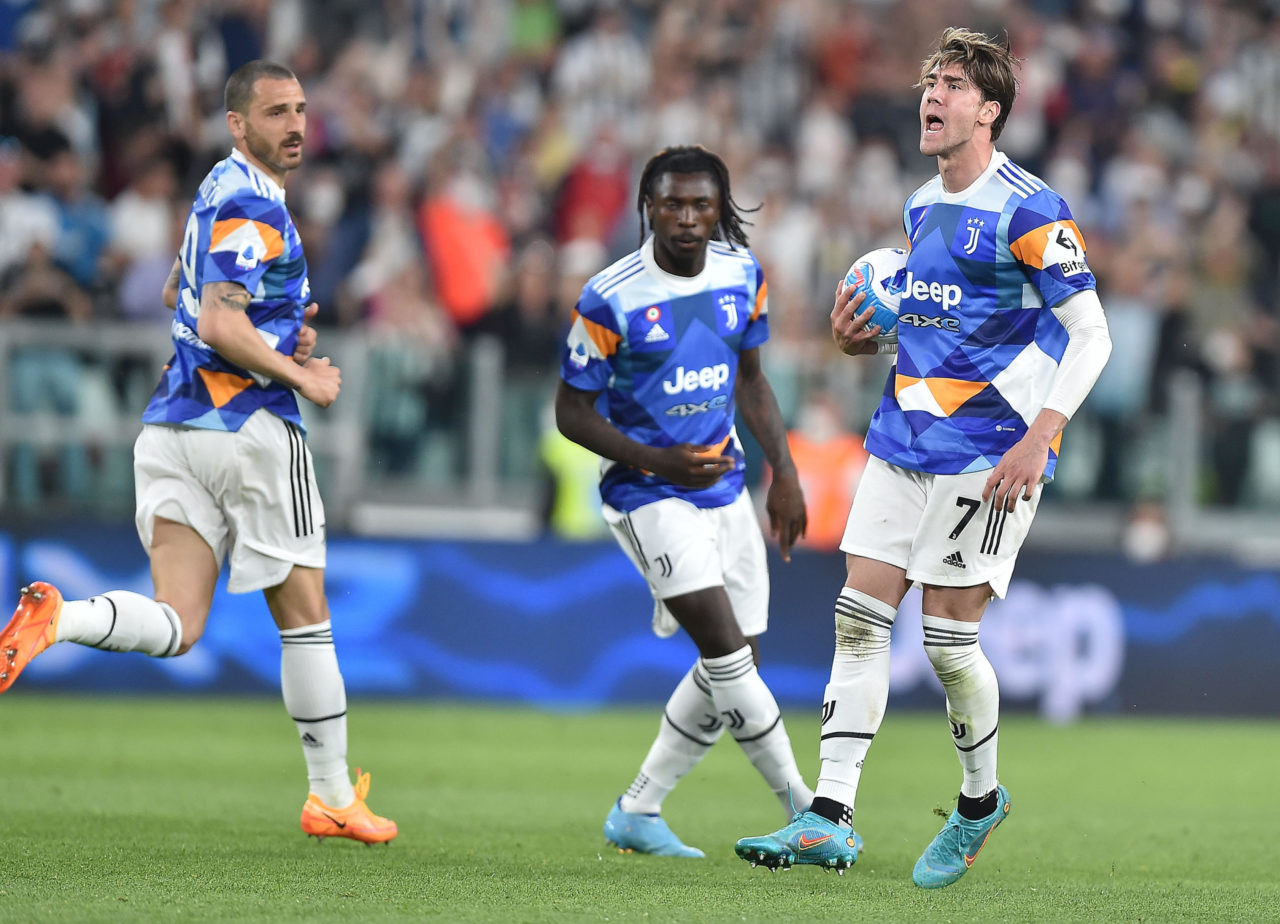 Leonardo Bonucci feels less relieved at a late equaliser and more irritated Juventus didn’t manage to beat nine-man Bologna, but reveals he was getting ready to take a penalty.

The Bianconeri scraped a stoppage-time point against nine-man Bologna thanks to Dusan Vlahovic’s header, cancelling out the Marko Arnautovic opener.

“We tried to push and put the pressure on even after the equaliser, so with a little more sharpness we could’ve scored a second goal too, seeing as they had two men down,” Bonucci told DAZN.

“It’s a pity, because the three points could really have meant a great deal to us.”

There was chaos when Alvaro Morata went down and the referee had the on-field VAR review, not awarding a penalty, but rather a free kick on the edge of the box and Adama Soumaoro sent off.

Before the decision was made clear, Bonucci had been discussing with coach Max Allegri whether he would take the spot-kick.

“On the pitch, it looked as if the contact was inside the area, but we have VAR that can identify the exact spot and therefore it was no longer a doubt.”

Even with the footage there was still confusion, as DAZN refereeing expert Luca Marelli at first said the foul was clearly inside the box, then revised his opinion afterwards.

Rather than close on Napoli in third place, Juve now risk getting caught by Roma for fourth.

“When you play for Juventus, the pressure is always on, both on and off the field. In some situations, the fans can help you drag something extra out, which is what the crowd did today.

“We tried to get the victory this evening, we didn’t manage it, that’s a pity.”

One Comment on “Bonucci was getting ready for Juventus penalty”