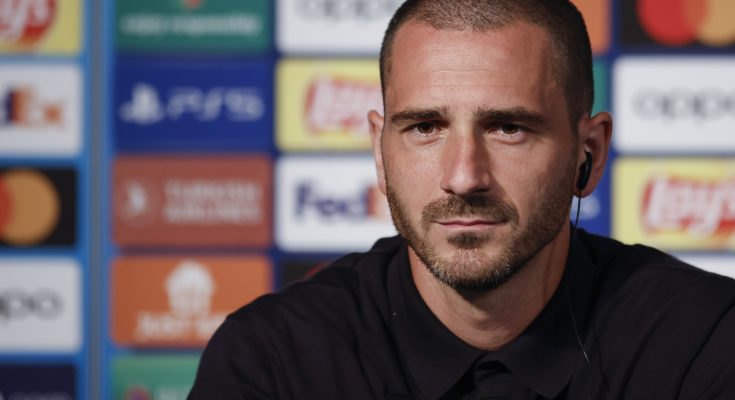 Leonardo Bonucci hopes Milan fans do not jeer Gianluigi Donnarumma or any of the Italy players in the Nations League against England, but admits the World Cup failure is ‘an open wound and always will be.’

Whoever finishes bottom of the group will be relegated into Nations League B, so this is a head-to-head for position before Italy’s trip to Hungary on Monday.

There are concerns that playing at San Siro will leave Donnarumma open to jeers from the local Milan supporters, who are still furious at him for leaving as a free agent to join PSG.

“I hope people think of what is best for Italy,” Bonucci told RAI Sport, referring also to the lost World Cup play-off against North Macedonia.

“We realise that what happened in March remains an open wound and always will be. We need the support of the fans and hope there will only be applause and encouragement for Gigio and all the Italy players throughout the 90 minutes.”

The defender went even further in the press conference, warning “anyone who jeers an Italy player is brainless.”

Juventus have struggled badly so far this season in both Serie A and the Champions League, so does Bonucci see international duty as something of a release?

“I always come to the Nazionale with my head free from other concerns, with an exceptional group of players and staff.

“Dark moments will always come in the career of a player and the life of any person, you just have to face them with head held high and a sense of clarity.”