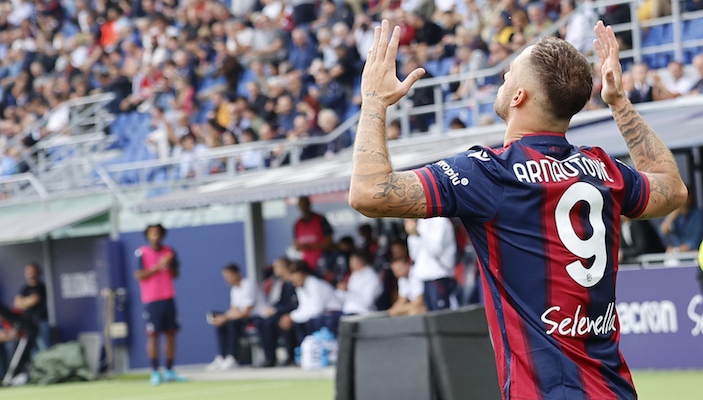 Manchester United and other interested parties have been told to forget about signing Marko Arnautovic from Bologna in January. ‘We were clear over the summer, he is not for sale.’

The centre-forward had already been approached in pre-season by the Old Trafford giants, only for both the Serie A club and Austria international to turn them down.

It is rumoured Manchester United could try again, as they need a striker to replace Cristiano Ronaldo, who terminated his contract by mutual consent to become a free agent.

“We were clear over the summer, he is not for sale. We won’t even discuss it,” CEO Claudio Fenucci told Sky Sport Italia.

The 33-year-old is challenging to be Capocannoniere this season with eight goals in 13 Serie A games so far.

His current contract runs to June 2024, but there is an option to extend for one more year already written into the deal.

Meanwhile, Fenucci also broached the subject of other players that Bologna intend to keep hold of, even if they have attracted interest from other clubs both inside Serie A and abroad.

“We’re also working on the contract extension for Nico Dominguez and Riccardo Orsolini. We hope the players and their agents can collaborate.

“I am saying this is specifically our situation, but the general fashion now with agents is to push back talks until the contract is running down so they can have more power for a transfer.”